TEHRAN, September 12 - American companies are in Iran on a sweet mission, exploring taste buds of a nation with a history in sugar confectionery even though things are getting bitter diplomatically between the two countries. 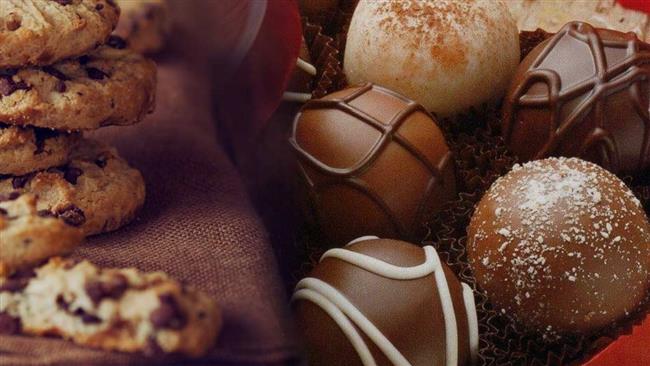 TEHRAN, Young Journalists Club (YJC) - Along with companies from 26 countries, three American firms are taking part at Tehran Cookies and Chocolate Exhibition, being billed as the greatest professional event of the Middle East in the pastry and chocolate industry.

According to Jamshid Maghazei, secretary of the Association of Iranian Confectionery Manufacturing Companies, 68 companies from as many diverse countries as Italy, Spain, Germany, France, the US, China, Turkey, the UAE, Malaysia and Ukraine are attending the event.

The exhibition is touting itself as the best hub for gathering market leaders and the whole supplying chain in the industry to evaluate the Iranian cookies and chocolate market, find the essential needs of the end users, and interesting advantages to satisfy individual needs.

It is organized in three main categories of product, raw material and machineries and the participants are lured by a growing market, fuelled by increasing influence of foreign tastes.

Iran has a diversified economy with a unique situation at the heart of a cross-road connecting the Middle East, Asia and Europe. The consumer-oriented sectors widely count on the country’s loyal customers in a country of more than 80 million, with a massive legion of young chocolate nibblers.

More than 60% of the Iranians are under 30 and over 70% of the population is urbanized, where a rising middle-class army is developing a strong preference for foreign-made products despite restrictions due to US sanctions. The country is also rich in natural resources providing a quick access to raw materials.

Today, an average Iranian consumes 21 kilograms of sweets, chocolates, cakes, biscuits, toffees and gums, which is 30 to 40 percent less than those in European countries, Maghazei said.

“There is also a capacity to produce 2.5 tonnes of confectioneries, chocolates, toffees, chewing gums and biscuits available in the country, but we managed to produce 1.7 million tonnes at the best last year,” he added.

Nevertheless, local chocolate makers have flourished in recent years, churning out a variety of products for a growing force of chocoholics who gobble up an assortment of pastries, candies, puffed cereals, jellies and wafers, Presstv reported.

Traditional delicacies such as gaz, sohan, baklava, cotton candies, ris and nougat are also proliferating at a pace not seen before across the vast country.

The northwestern city of Tabriz, a byword for business knack of its traders, is known as Iran's capital of chocolates with its inventory of artisan bakers.

Shirin Asal, Aysuda, Aydin, Shoniz, Anata, Baraka and Chichak are some of the household names in Iran and the country’s best gourmet chocolate brands.

According to Maghazei, Iran’s chocolate sales outstrip twice its car exports in value and those with a sweet tooth for Iranian products mostly reside in the Persian Gulf littoral states, Australia, Europe and Japan.