TEHRAN, September 12 - Russia on Tuesday strongly condemned a new education law in Ukraine, saying it will infringe on the rights of Russian-speakers. 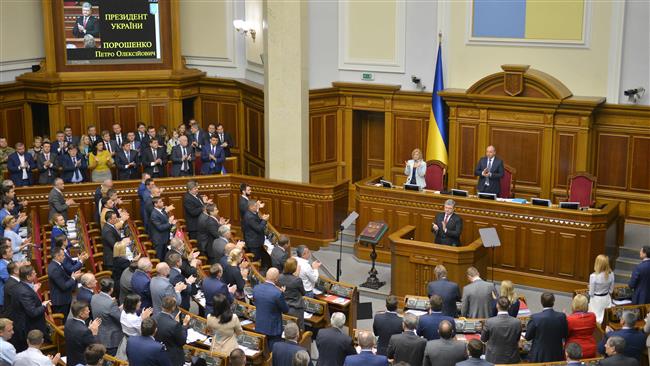 TEHRAN, Young Journalists Club (YJC) - The law, approved Sept. 5 by the Ukrainian parliament, restructures Ukraine's education system and specifies that Ukrainian must be the main language used in schools, rolling back the option for lessons to be taught in other languages.

The Russian Foreign Ministry said in a statement Tuesday that the law is designed to "forcefully establish a mono-ethnic language regime in a multi-national state" and alleged that it violates Ukraine's constitution and Kiev's international obligations.

Ukrainian officials have rejected the suggestion that minority languages will be sidelined.
Foreign Minister Pavlo Klimkin wrote on Twitter earlier this week that the law will not hamper the free development of languages other than Ukrainian.

Russian is spoken across Ukraine but language is a particularly sensitive issue in the country's majority Russian-speaking eastern regions.

Russian-backed rebels carved out two strongholds in eastern Ukraine following the country's 2014 pro-European revolution and fighting continues between the separatists and troops loyal to Kiev.

Ukraine's other neighbors, including Hungary, Romania and Moldova, have also expressed concern about the legislation.

Hungary's foreign minister Peter Szijjarto said Monday that Ukraine "stabbed Hungary in the back" with the law.

Poland's Foreign Ministry said last week they would be "closely monitoring" the implementation of the law.