Zarif: No inspection could be excuse to know about one country’s secrets

TEHRAN, September 13 - Iranian Foreign Minister Mohammad-Javad Zarif said no inspection could be an excuse for knowing about secrets of a country. 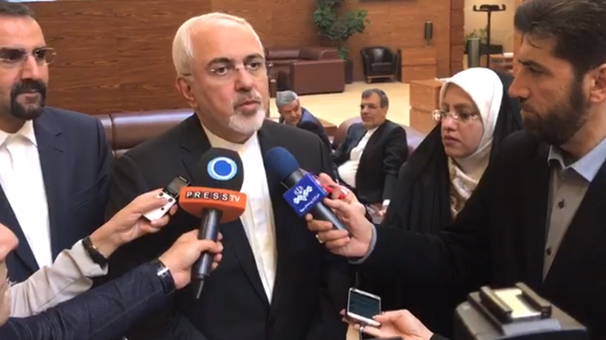 TEHRAN, Young Journalists Club (YJC) - “Framework have been set in the JCPOA and the Additional Protocol are for inspecting sites which could be possibly used for nuclear activities,” he told reporters upon his arrival at Sochi Airport, Russia.

The IAEA has frequently announced that Iran has abided by the terms of the nuclear deal, he said, adding, as mentioned in the JCPOA no inspection could be a pretext to know about secrets of a country.

As to the IAEA Chief’s remarks that the agency does not make any difference between military and non-military sites for inspections, he said, content of the Additional Protocol and the nuclear deal are both crystal clear.

Zarif is going to discuss regional and international matters, as the JCPOA and Syria with Russian officials during his presence in Sochi.