TEHRAN, September 13 - Israeli Prime Minister Benjamin Netanyahu voices support for the formation of a Kurdish state in the lead-up to a planned independence referendum in Iraq’s Kurdistan region, which has sparked strong criticisms from the central government as well as Iraq’s neighbors. 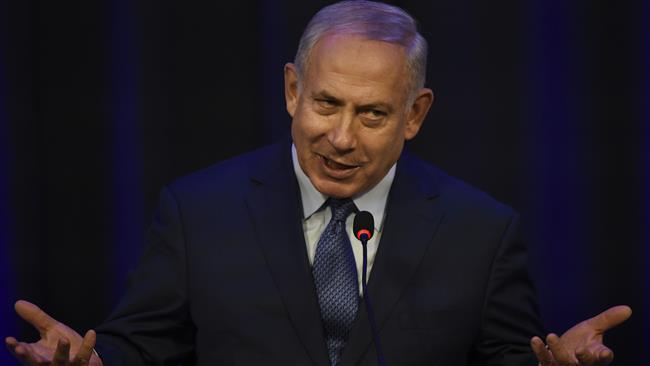 TEHRAN, Young Journalists Club (YJC) - In a Wednesday announcement, Netanyahu’s office said Israel supports the “legitimate efforts of the Kurdish people to attain a state of its own.”

The statement, however, noted that Tel Aviv opposes the Kurdistan Workers’ Party (PKK), which has long been fighting for autonomy in Turkey.

“Israel opposes the PKK and considers it a terrorist organization,” it said.

During a meeting with a delegation of 33 US Republican congressmen in mid-August, Netanyahu expressed interest in partitioning Iraq and establishing an independent Kurdish state in the country.

Netanyahu does not frequently speak publicly about the highly sensitive issue which also worries Turkey.

The last time Netanyahu addressed the issue publicly was in 2014 when he said in a speech that Israel should “support the Kurdish aspiration for independence.”

Israel has a longstanding relationship with the Kurds, whom it regards as one of the few non-Arab allies in the area.

A report published in the New Yorker magazine in 2004 said Israeli military and intelligence operatives were active in Kurdish areas and providing training for commando units.

According to the report, Israel has been expanding its presence in Kurdistan and encouraging Kurds, its allies in the region, to create an independent state.

The Kurdish referendum is scheduled for September 25, despite the strong opposition from the central government in Baghdad and Iraq’s neighboring countries.

On Tuesday Iraqi Prime Minister Haider al-Abadi rejected the planned Kurdish referendum on independence from the Arab country as “unconstitutional,” warning that the Kurds are “illegally” exporting Iraq’s oil.

The comments came a few hours after the country’s parliament overwhelmingly voted against the plebiscite, which has been planned by the Kurdistan Regional Government. The vote prompted Kurdish lawmakers to quit the parliament floor.

Several regional countries, including Iran and Turkey, are concerned that such a referendum could ignite a fresh conflict with Baghdad and possibly neighboring countries, diverting attention from the ongoing war against Daesh Takfiri terrorists in Iraq and Syria.