Approval of US Congress remains near historic lows: Poll

TEHRAN, September 14 - Americans' approval of the US Congress remains near historic lows amid widespread dissatisfaction with other branches of the US government, according to a new poll. 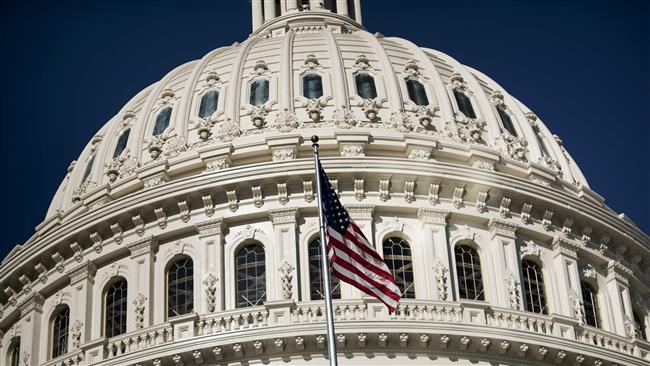 TEHRAN, Young Journalists Club (YJC) - Only 16 percent of adults approved of the legislative branch of the government in September, unchanged from last August, a monthly Gallup poll taken September 6-10 shows.

The last time Congress approval was lower was in July 2016, at 13 percent.

Congress continues to come under fire for apparent inaction on highly charged issues like repeal of the Affordable Care Act, also known as Obamacare.

Approval of Congress has been below 20 percent in most of Gallup's monthly surveys since 2010. In addition to being the least trusted branch of government, the legislative branch's approval rating has not seen any lasting improvements in recent years.

“Congress has seen little major legislative success so far this year. Legislation that has failed to make its way out of Congress includes a replacement for the Affordable Care Act, an infrastructure bill and funding for a wall along the United States' southern border,” Gallup said.

“With partisanship now the norm in Congress, and little sign of it abating, it may be quite some time before Congress approval significantly improves,” it added.

A separate Gallup poll found that Americans continue to cite dissatisfaction with the US government above all others as America’s top problem, followed by race relations and immigration.

The survey shows that 18 percent of respondents name dissatisfaction with government as the most important problem in the US, while 12 percent mention race relations and 11 percent cite immigration.

Meanwhile, US President Donald Trump is now viewed positively by just 37 percent of Americans, according to Gallup's most recent weekly estimate. It's even lower, only 34 percent, in Gallup's shorter, three-day average tracking.

Share to
Related News
7 in 10 dissatisfied with way US is being governed: Gallup poll
Triathlon called off at Trump golf course over event name
Justice Department to limit Obama-era program that oversees police violence
About 1.5 million homes and businesses in US without power
Tags
US ، congress ، approval
Your Comment