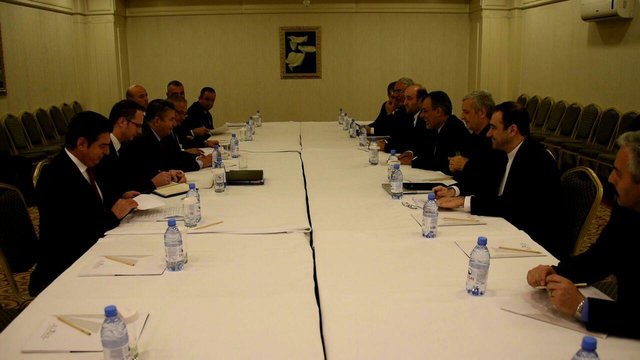 Hossein Jaberi-Ansari who is also senior Iranian negotiator in Astana talks, left for Astana on Thursday for the 6th round of talks on Syria.

The meeting is scheduled to be held on Thursday and Friday. The preliminary session was held on Wednesday in which delegations from Iran, Russia and Turkey attended.

Jaberi-Ansari has expressed hope that certain steps could be taken to stabilize peace in Syria, reduce humanitarian crimes and slaughter of Syrians and damages to Syrian infrastructure.

Astana has hosted five rounds of peace talks for Syria since January. Russia, Iran, and Turkey serve as guarantor states in the peace process. The negotiations are aimed at bringing an end to the foreign-backed militancy in Syria, which began in March 2011.

The Astana talks have so far resulted in an agreement on four de-escalation zones across Syria.

The talks in Astana have been going on in tandem with another series of talks, held in Geneva and brokered by the UN.

When the first round of the Astana talks was organized, the Geneva talks had been stalled for months. The talks in the Kazakh capital then provided momentum for the UN-brokered talks, helping revive them.