TEHRAN, September 15 - Russia has criticized the West for “whipping up hysteria” about ongoing joint military exercises by Russian and Belarusian forces. 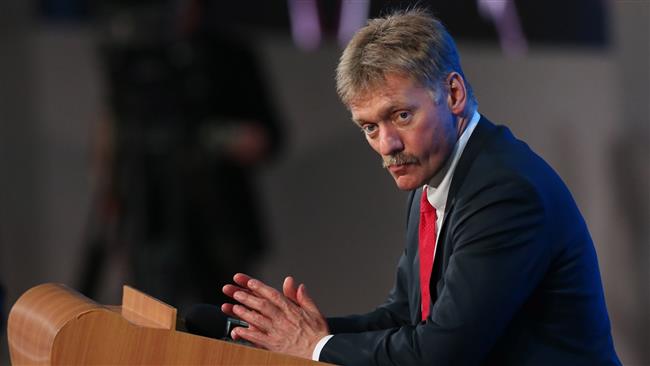 “We believe that whipping up hysteria around these exercises is a provocation,” Kremlin spokesman Dmitry Peskov told reporters on Thursday.

The military drills are being conducted mainly on military ranges in Belarus, and also in western Russia, Russia’s exclave of Kaliningrad, and in the Baltic Sea.

Valery Gerasimov, the chief of the General Staff of the Russian armed forces, formally notified NATO of the beginning of the exercises on Thursday evening, according to Russian media.

Some NATO members, including the Baltic states and Poland, have criticized a lack of transparency about the exercises and questioned Moscow’s real intentions.

This is while Russia and Belarus have announced that the exercises involve 5,500 Russian and 7,200 Belarusian troops, 70 aircraft, about 250 tanks, 200 artillery systems, and 10 navy ships.

NATO has complained about an alleged lack of transparency and not allowing enough Western monitors.

“We reject complaints of these exercises not being transparent,” he said.

Relations between Russia and the West nosedived to their lowest level since the days of the Cold War in recent years after the then-Ukrainian territory of Crimea voted in a referendum in 2014 to join Russia. Russia is also being pressed by the West for allegedly supporting pro-Russia fighters in eastern Ukraine, where clashes have left over 10,000 people dead.

The official Xinhua News Agency reported that the advanced ships departed the port of Qingdao, home to China’s north naval fleet, on Wednesday.

The drills would be held in the Sea of Japan near the Korean Peninsula and the Sea of Okhotsk, off the northern Japanese island of Hokkaido, Xinhua added.

The exercises are the second stage of an annual joint drill, the first stage of which was held in the Baltic Sea on July 22-27.

The exercise was the first time the two countries held a joint drill in the northern European waters.

Russia and China say the exercises are not directed at any third parties.

Both Moscow and Beijing are skeptical of US military presence near their territories, however.

“According to our information, about 50 combat training events have been held on the territory of Europe since June. Some 60,000 people took part in them, including US servicemen. Moreover, the number of military exercises near Russian borders has been constantly growing,” Kartapolov said in an interview with the Krasnaya Zvezda newspaper.