TEHRAN, September 15 - Russia has reportedly rejected an Israeli demand to create a “buffer zone” in Syria where forces allied to the Syrian government would be prohibited from entering. 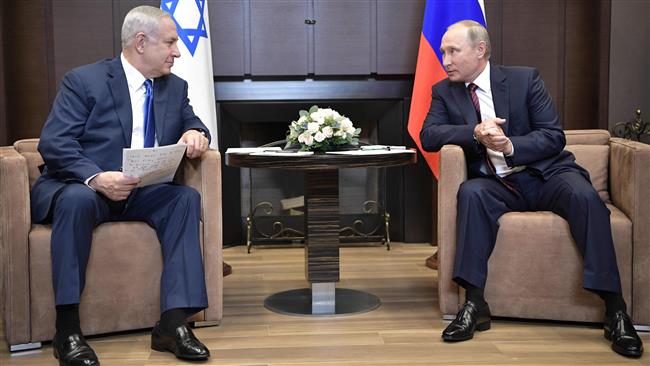 TEHRAN, Young Journalists Club (YJC) - The Israeli daily Haaretz said in a report on Friday that Russia had rejected an Israeli demand to establish a “buffer zone” in Syria stretching 60 to 80 kilometers from the Israeli-occupied Golan Heights.

The report said Israel had demanded that Iranian, Hezbollah, and other pro-Damascus forces be prohibited from entering that space.

Iran does not have combat forces on the ground in Syria but offers advisory military assistance to the Damascus government. Russia, another Syrian ally, has been conducting an aerial bombardment campaign in Syria.

Israeli Prime Minister Benjamin Netanyahu last month traveled to Russia to discuss with President Vladimir Putin his “concerns” about Iran’s growing influence in Syria. In the meeting with Putin in the Black Sea resort town of Sochi in late August, Netanyahu accused Iran of trying “to establish a foothold in Syria.”

According to a Russia Today report back then, Netanyahu was told that Moscow, “which views Iran as key to resolving the [Syria] crisis,” would “note Israeli interests,” in what likely amounted to a diplomatic dismissal of the Israeli claims.

Witnesses present during the meeting say that following Netanyahu's entreaties to the Russian leader, Putin sighed and told the Israeli premier that his government would be unable to assist.

Russia and Iran have been in close coordination to assist the Syrian government’s anti-terror fight.

The Haaretz report came just before Russia, Iran, and Turkey, which together act as guarantor states in peace talks for Syria, agreed on the details of a “de-escalation zone” in the Arab country’s western Idlib Province during resolution talks in the Kazakh capital of Astana.

The three countries first agreed to set up four “de-escalation zones” in Syria in May.

They had already worked out the details of three of the zones. They delineated the remaining one on Friday, the second day of the latest round of the Astana talks.