TEHRAN, September 16 - According to reports, a group of Daesh terrorists has surrendered to Syrian government forces in Deir ez-Zor 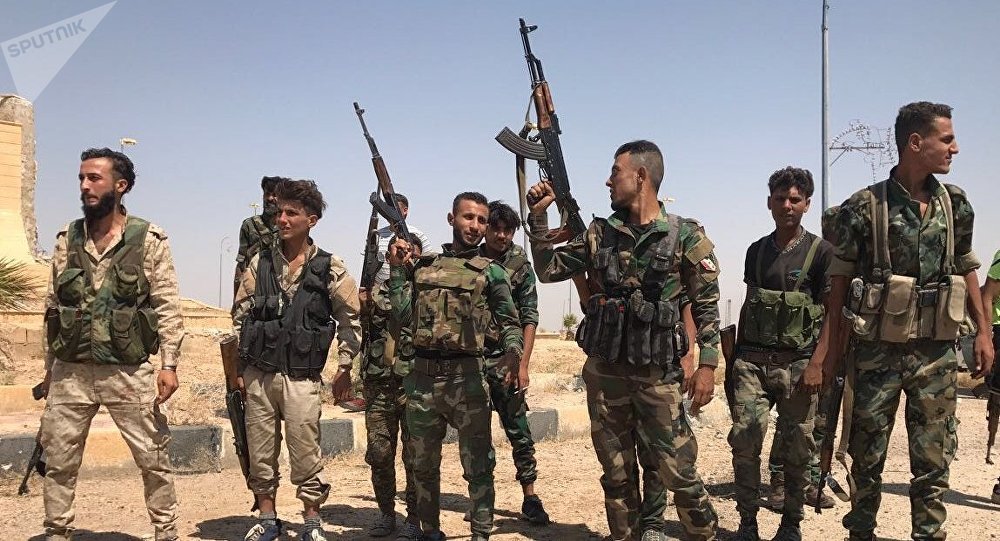 TEHRAN, Young Journalists Club (YJC) - A group of militants from the internationally-condemned terrorist organization Daesh (ISIS) has surrendered to Syrian government forces in Deir ez-Zor in the east of the country, a local source told Sputnik on Saturday.

Syrian forces have been on the offensive in the area around the city recently in the wake of the successful operation to lift through the Daesh siege of Deir ez-Zor, which has lasted years. Most militants have been pushed back several miles east and across the Euphrates river.

"Several Daesh militants have surrendered to government forces. We are talking about a small amount so far," the source said, without specifying why the surrender took place.

The source added that the terrorists still holding parts of the city have been significantly weakened and are unable to continue resisting the army's offensive.

Last week, the Syrian government troops, supported by Russian Aerospace Forces, lifted the blockade around Deir ez-Zor, which had been maintained by the Daesh for several years. Fighting continues in the east and southeast of the city.

The successful Deir ez-Zor operation was the biggest breakthrough against Daesh since the terrorist group first launched an offensive in the province. The terrorists had been blockading Deir ez-Zor since 2014, with food and other supplies only being airlifted into the city. The group also took control over a large swath of the province of Deir ez-Zor and cut off roads to government-held districts.

However, the operation to fully liberate the city of Deir ez-Zor and surrounding area is still underway.