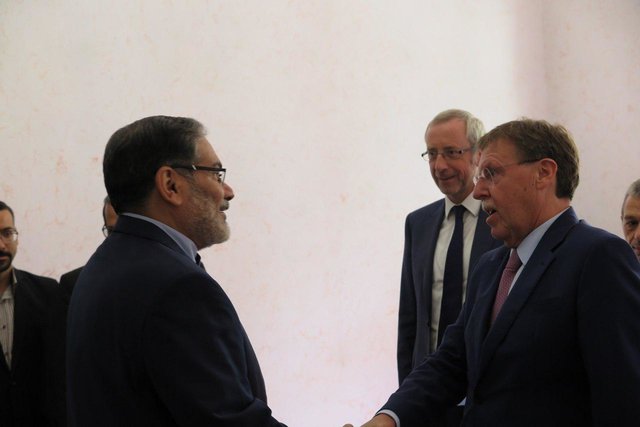 TEHRAN, Young Journalists Club (YJC) - “Events of the recent days in Europe indicated that instrumental use of terrorism in Iraq and Syria by certain countries makes it impossible to curb terrorism and causes spread of the evil phenomenon to Europe,” he said in a meeting with Belgian Parliament Speaker Siegfried Bracke here in Tehran.

He then reiterated that the US officials’ threatening language on Iran makes clear hawkish approaches of Washington for the world, and that such approach fails to “Overshadow fundamental policies of the Islamic Republic of Iran in regional issues, boosting conventional defense capabilities and continuous help for oppressed nations.”

Siegfried Bracke, for his part, said that it is possible to form a new chapter of Iran-Belgium ties in all fields of mutual interest through activating extensive potential for cooperation.

He also lauded Iran’s efforts to fight terrorism in the region, and said, “Iran has been the element of stability in the region which has had an important role in battle against terrorism.”