TEHRAN, September 17 -Britain is opposed to a planned referendum for the independence of the Iraqi Kurdistan region, saying it could risk instability in the Middle East at the time of a fight against terrorism. 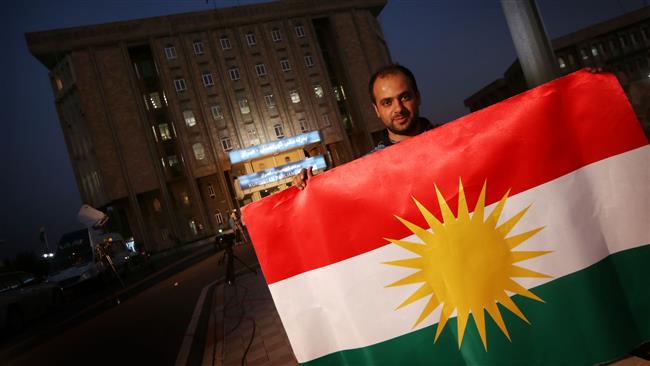 TEHRAN, Young Journalists Club (YJC) -The UK Foreign Office said in a statement issued on Saturday that London would not support the plan by the Kurdistan Regional Government (KRG) to hold the independence referendum on September 25.

“The referendum risks increasing instability in the region when the focus should be on defeating Daesh,” said the statement, making a reference to an ongoing fight against Takfiri terrorists in Iraq.
The Iraqi government and allies, including paramilitary Kurdish forces, managed to recapture the country’s second largest city of Mosul from Daesh last month. The victory, which came after more than nine months of fierce fighting in and around the flashpoint city, was a major gain against the Takfiri terrorists who began wreaking havoc in Iraq and neighboring Syria several years ago. Iraq now eyes a full liberation of its western and northern territories from Daesh.

The UK Foreign Office said in order for the Iraqi Kurds to settle their disputes with the central government, they had better engage in dialogue with Baghdad and set aside plans for independence.

“That is why the UK has proposed new talks between the Kurdistan Regional Government and Government of Iraq on the future of the relationship between Erbil and Baghdad,” said the Saturday statement, adding that such talks should be time limited and address all the issues of dispute between the two parties without preconditions.

The KRG has ignored increasing calls for the cancelation of the referendum, saying the vote would go ahead as planned. Major regional powers, including Iran and Turkey, have opposed the plan. Even the United States, which initially endorsed the referendum, has warned against dire consequences of the KRG’s unilateral declaration of independence. Brett McGurk, a US special envoy to Iraq, said on Friday that the process was a “very risky” one, and called on KRG officials to scrap it.

“Heading into a referendum for Sept. 25, there is no prospect for international legitimacy,” said McGurk after a delegation from the United States, Britain and the United Nations met KRG leaders.