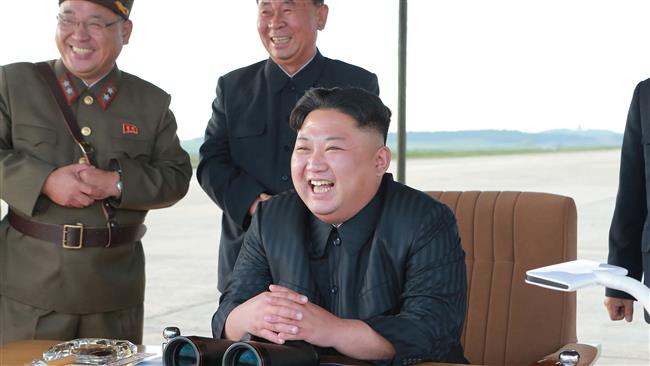 Trump and Moon agreed to exert more pressure on North Korea in this regard, the White House said.

“The two leaders noted that North Korea continues to defy the international community, even after the United Nations strongly condemned North Korea’s repeated provocations twice in the past week,” it said.

“President Trump and President Moon committed to continuing to take steps to strengthen deterrence and defense capabilities and to maximize economic and diplomatic pressure on North Korea,” it added.

“The two leaders noted that they will continue their close consultations next week when they meet on the margins of the United Nations General Assembly,” the statement noted.

South Korea’s presidential office spokesman Park Soo-hyun said on Sunday that Moon and Trump agreed on the need for stronger sanctions against North Korea during their call.

The North Korean leader ordered the production of more rocket warheads and engines last month, shortly after the United States suggested that its threats of military action and sanctions were having an impact on Pyongyang’s behavior.