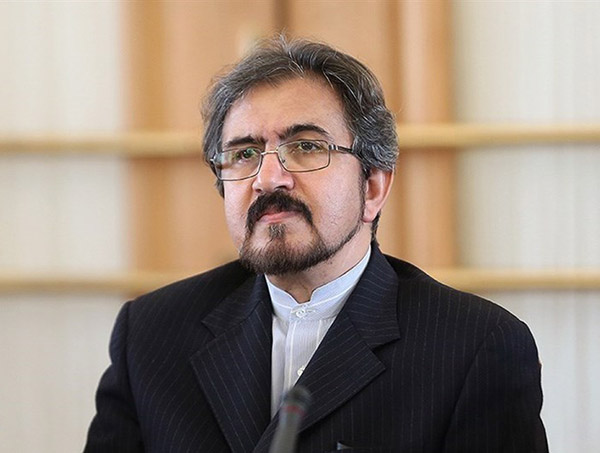 TEHRAN, Young Journalists Club (YJC) - Iranian FM Spokesman Bahram Ghasemi said in an interview with Al-Jezira channel that insisting on the referendum is in contrast with Iraq’s policies and blemishes all of the efforts made for fighting terrorists in te region.

As of Iran’s stance on the issue then Ghasemi said “we believe that our Kurd brothers and friends can reach their wanting under an integrated and democratic Iraqi govern ment and through the national constitutional law.

Warning that the referendum will only lead to destabilization of the region as well as the Kurdistan region, the spokesman called the referendum a ‘hasty and inaccurate decision’.

He also warned that the separation of Kurdistan from Iraq is a tragedy for the region that leads to the disintegration of the countries in Middle East and that put the destiny of Iraqi Kurds at the mercy of a crisis which is harmful to all.

Noting that nobody could avoid the tragic consequences of the referendum, Ghasemi asserted that the only beneficiaries of the decision are those countries that encourage to divide the region’s countries and do not like pace and security settled in Middle East.