A workshop titled “The Essene of the Quran” was held in the German capital of Berlin on Saturday. 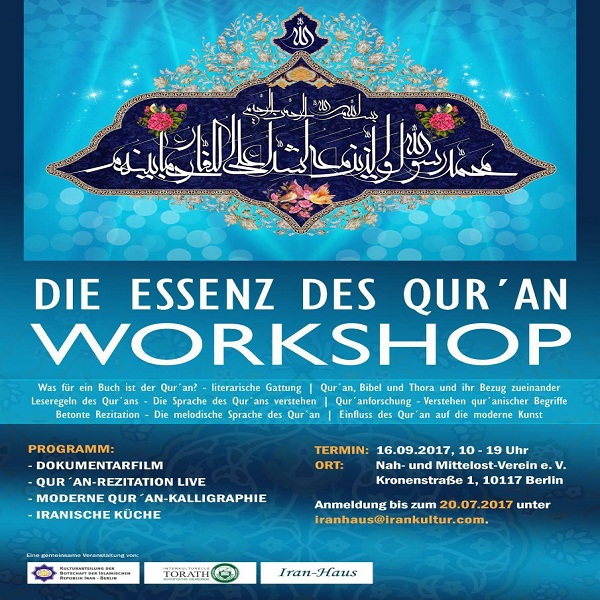 Egyptian Mohamed Amer gave a speech about this topic.

Sheikh Mohamed Mahmoud Faraj, an Egyptian Qari, and Hassan Sadeqi, a scholar with the Imam Ali (AS) Islamic Center of Frankfurt, spoke about the musical aspects of Quran recitation.

Quranic calligraphy, Tajweed recitation of the Quran, and the influence of the Quran in Muslims’ lives in different societies were among other topics discussed at the workshop.

According to Seyed Ali Mojani, Iran’s Cultural Attaché in Berlin, the workshop sought to answer questions and doubts created as a result of extremist and Takfiri groups’ wrong interpretations of

the Quran and present an accurate picture of the Holy Book to European addressees.