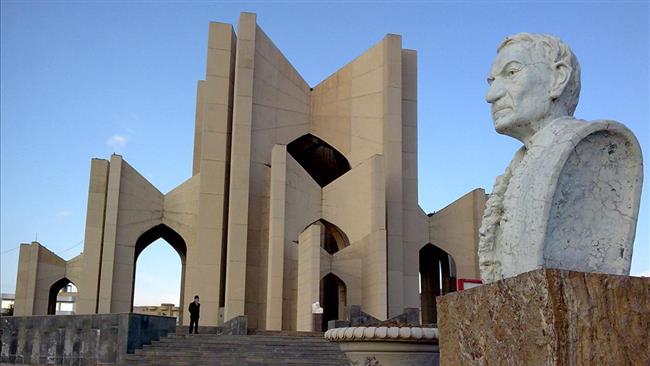 TEHRAN, Young Journalists Club (YJC) - An event was held Monday at the Maqbaratoshoara, or the Tomb of Poets, in the city of Tabriz, in East Azerbaijan Province, where Shahriar is buried.

Born in Tabriz in 1906, Shahriar received preliminary education in the city before moving to the capital Tehran, where he first studied at the famous Dar ul-Funun (Polytechnic) school and then at a medical college.

Consumed by an unrequited love, he gave up medicine shortly before graduation and worked as a bank clerk for years, instead. Even so, Shahriar excelled in poetry writing, drawing on many of his own bittersweet memories to create lasting pieces of literature, Presstv reported.

Shahriar wrote both in Persian and Azeri Turkish languages, and his poems have been translated to 30 languages.