TEHRAN, September 18 - Iran said that it has been generating sufficient electricity throughout summer and is able to meet a considerable amount of Iraq’s power needs without any shortage problem inside. 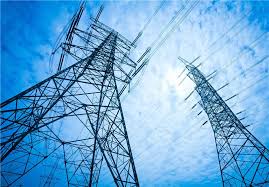 Also, Adel Kazim Jarayan, the visiting undersecretary of Iraq’s Ministry of Production and Projects, said the country could have faced “harsh conditions” in summer had it not been for Iranian electricity supplies.

Jarayan stressed in a meeting with Falahatian that Baghdad hoped Iran would made a stronger contribution to the reconstruction of the Iraqi power grid.

The Iranian official emphasized that the country was ready to help with the reconstruction of Iraq’s power grid.

Falahatian said this could be carried out within two years as soon as Baghdad presented an official demand.

Elsewhere in his remarks, he said Iran would synchronize its power grid with Iraq before December, Presstv reported.

Falahatian said this would be carried out on a trial basis, adding that it was meant to prepare the grounds for increasing the volume of power supplies to Iraq.

Iraq is the biggest importer of electricity from Iran. It imports about 5,751 MW of electricity per year from its eastern neighbor based on an agreement signed between the two countries in 2005.

The second largest buyer of Iran's electricity is Turkey with a maximum import of 2,395 MW annually.