TEHRAN, September 19 - Iranian Foreign Minister Mohammad-Javad Zarif said that JCPOA experts commission meeting would be held in New York on Tuesday at the level of experts. 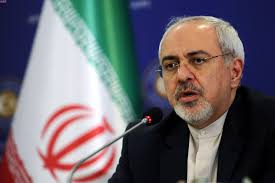 TEHRAN, Young Journalists Club (YJC) - He then said that the Joint Compressive Plan of Action (JCPOA) ministerial meeting would also be held in coming days.

Zarif is in New York for the 72nd UN General Assembly meeting.

He also said that necessity of protecting the nuclear deal and compliance of all sides to their commitments as well as the fact that the deal is not negotiable are among subjects discussed in meetings with leaders and senior officials of other countries in New York.