If US exits JCPOA, Iran will have its own options: President

TEHRAN, September 20 - Iran’s President said in an interview with the US NBC channel that Trump’s behavior rules out any positive grounds and remarked that with the US exits the JCPOA, Iran also will have its own options. 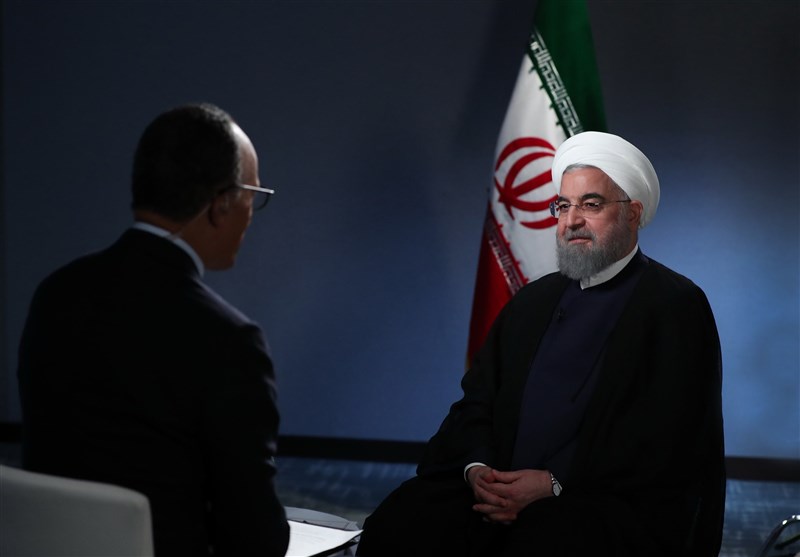 TEHRAN, Young Journalists Club (YJC) - Hassan Rouhani said “in a multi-lateral agreement which is supported by the UN Security Council and the subject of which deals with non-proliferation treaty, the US’s exit [from JCPOA] is of high cost, that is no one trusts the US any more, so this the highest cost it pays”

If the US exits the deal then a new situation will be created in which Iran has its own options. He said that shifting back to the previous conditions is not difficult for Iran, yet Iran will not be the beginner of the violation and as it has announced, it will remain in full commitment to the deal.

"One of the options and choices were one of our counterparts not to remain in the current framework would be to go back to previous activities," Rouhani said. "This is one option. And that's not difficult. We can easily go back to previous conditions if counterparts were to not live up to their commitments. But you do know fairly well that Iran will not be the initiator of this return to that path."

Asked if Iran will go back to the previous condition, it will pursue its peaceful nuclear activities he asserted “surely I mean peaceful activities. Explicitly we have been and are a member of NPT and will not exit NPT. We have been and are a member of the Safeguard and even in the current condition that we are implementing the JCPOA, we have Additional Protocol, and we are implementing it. Therefore, never we pursue making nuclear weapons, as our nuclear activities have never deviated and have ever been in a peaceful way”.

Iran and the five permanent members of the United Nations Security Council – the United States, France, Britain, Russia and China – plus Germany signed the nuclear agreement on July 14, 2015 and started implementing it on January 16, 2016. Under the JCPOA, Iran undertook to put limitations on its nuclear program in exchange for the removal of nuclear-related sanctions imposed against Tehran.

Share to
Related News
Rouhani says talks with US on any matter would be ‘wasting time’
Full text of Rouhani’s speech in New York
Rouhani calls Trump’s comments ‘ignorant, spiteful’
Rouhani says no one will trust US if Trump reneges nuclear deal
Tags
Rohani ، Trump ، JCPOA ، exit
Your Comment