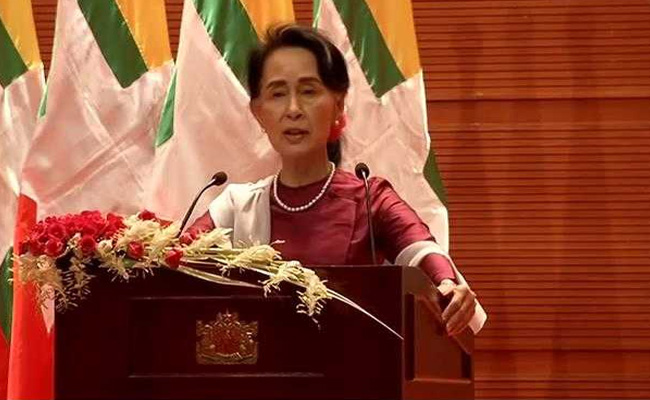 TEHRAN, Young Journalists Club (YJC) - Suu Kyi broke her long silence in an address to diplomats on Tuesday, speaking for the first time since reports began emerging of a brutal campaign against Rohingya Muslims in the western Rakhine State by the country’s military and Buddhist mobs.

The military first laid a siege to Rakhine late last year, claiming that militants linked to the Rohingya had attacked security forces. Despite the siege, and a refusal to allow the media in, horrific accounts soon began coming out of Rakhine about military forces and Buddhist extremists attacking Rohingya civilians, killing and raping them, and burning their houses.

Then, on August 25, the military claimed that another attack had been carried out against security outposts, using the alleged attack as a pretext to double down on the crackdown against the Muslims. 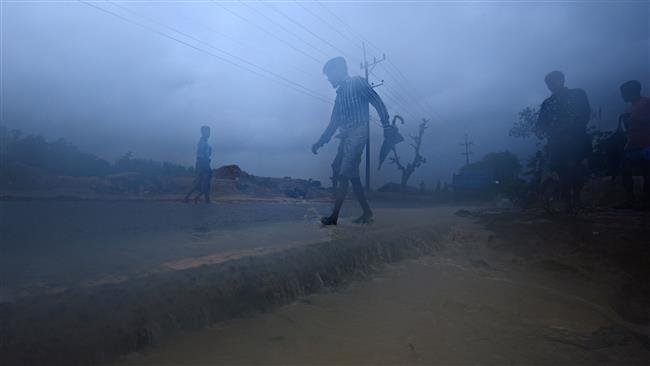 The government says 400 people have died in the violence, but the UN says well over 1,000 have likely been killed. A European Rohingya advocacy group says as many as 3,000 people may have died. At least 421,000 Muslims have also fled into neighboring Bangladesh to save their lives amid the violence.

Despite all the reports and eyewitness accounts, Suu Kyi suggested on Tuesday that she did not know why the Muslims were fleeing. While she condemned “all human rights violations and unlawful violence,” she made no acknowledgement of the fact that large-scale violence was taking place at the hands of the military and Buddhist mobs. She even refused to refer to the persecuted Muslims by their name Rohingya, signalling the Myanmarese government’s official stance of not recognizing them as nationals.

While some Western diplomats and international aid authorities partially welcomed Suu Kyi’s generic criticism of rights violations, they said she had failed to do enough to deflect international criticism of the government-sponsored violence.

The strongest reaction from Western countries came from France. French President Emmanuel Macron slammed the “unacceptable ethnic cleaning” in Myanmar, declaring in his speech before the annual United Nations General Assembly (UNGA) meeting that he would push for a UN Security Council initiative to ensure humanitarian access and an end to the violence in the Buddhist-majority country.

Britain responded by announcing the suspension of a military training program in Myanmar.

UN Secretary-General Antonio Guterres reacted to Suu Kyi’s remarks in his address before the UNGA by calling for an end to the violence.

“The authorities in Myanmar must end the military operations, allow unhindered humanitarian access, and recognize the right of refugees to return in safety and dignity; and they must also address the grievances of the Rohingya, whose status has been left unresolved for far too long,” Guterres said.

Meanwhile, Iranian President Hassan Rouhani has said inattention to the plight of the Rohingya Muslims in Myanmar could lead to the destabilization of the region.

Speaking at a meeting of the Organisation of Islamic Cooperation (OIC)’s Contact Group for Myanmar in New York on Tuesday, President Rouhani urged the Islamic body and the UN to properly respond to the crisis in Myanmar.

“Myanmar’s government should know that expelling people from their own land and displacing them to other countries is not the solution to this deep-rooted crisis,” the Iranian president said. 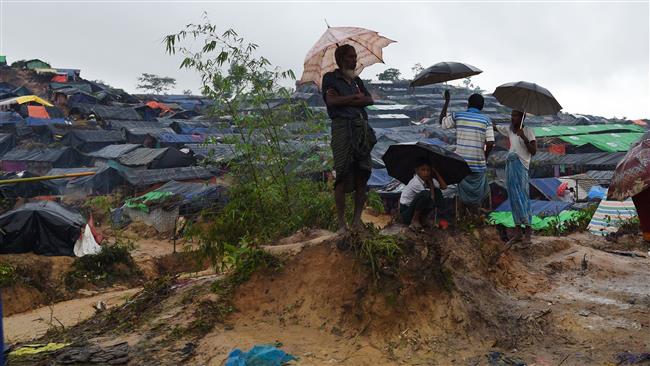 Separately, a European Union (EU) spokeswoman said, “Myanmar’s leadership needs to show that the democracy they fought so hard for can work for all the people of Myanmar, beyond ethnic, social and religious boundaries.”

She, however, described Suu Kyi’s invitation to the diplomatic corps to visit Rakhine as “a step forward.”

Nigerian President Muhammadu Buhari also reacted to the ongoing violence in Myanmar in his speech before the UNGA, likening the brutal anti-Muslim campaign there to genocides in Bosnia and Rwanda.

“Unless the tragedy taking place in Myanmar is brought to a halt, humanity will have to live with the shame of another dark stain in its history,” Erdogan said.

Additionally, US Secretary of State Rex Tillerson spoke to Suu Kyi in a phone coversation, urging the Myanmarese government to facilitate humanitarian aid to those affected by the violence and to address “deeply troubling” human rights abuse allegations, according to the State Department.

Separately, 22 members of the US Congress wrote to Tillerson, urging him to wage a “strong, meaningful” response to the violence in Myanmar. Moreover, the influential chairman of the Senate Committee on Foreign Relations, Bob Corker, said Suu Kyi risked “destroying” her reputation as a force for positive change.

“She had yet another opportunity today to stand up for the Rohingya minority... but instead refused to acknowledge the military’s role in the ongoing atrocities,” Corker said.

In her speech, Suu Kyi claimed that there had been no violence since September 5. This is while the Rohingya refugees arriving in Bangladesh have reported that soldiers and Buddhist mobs continued attacking and burning villages as recently as last Friday.

The UN rights agency also described the situation as “a textbook example of ethnic cleansing.”

In a later interview with Radio Free Asia, Suu Kyi attempted to brush aside accusations that she was refusing to confront the military over the violence.

“We’ve never changed our stand,” Suu Kyi said in the interview when asked if she had softened her stance on the military, which used to be in control of the country and which she challenged for years.