TEHRAN, September 20 - Iran exporting over 2.6 million barrels of oil per day (bpd) including gas condensate, is going to raise the figure in coming month, a senior official said. 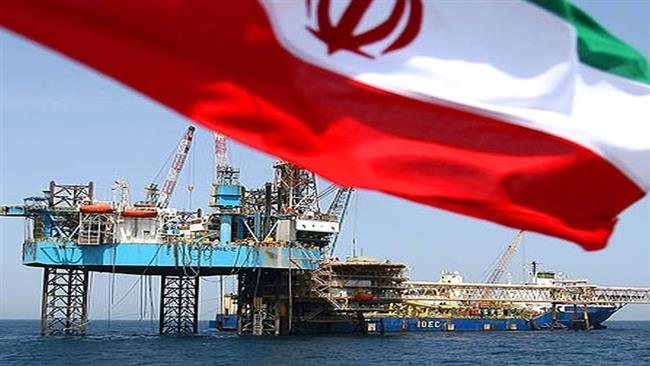 He added that further rise in production capacities will occur in the coming months in projects to boost recovery from joint oil fields, he said.

According to Ministry of Petroleum, 60% of Iran’s oil exports go to Asia and the remaining 40% to European countries which resumed purchases from the Islamic Republic about two years ago.

Royal Dutch Shell, France’s Total, Italy’s Eni and Saras, Greece’s Hellenic Petroleum, Spain's Repsol, and Hungary’s MOL are some of Iran’s customers which have lifted about 720,000 bpd of oil since the start of the year.

The Islamic Republic has painstakingly been ramping up production to regain its market share which the country lost under most intensified sanctions in 2011.

China is the largest Iranian oil customer which did not stop purchases during the years of sanctions starting in 2012, and increased imports after they were lifted in early 2016.

On average, the Chinese have shipped in more than 600,000 bpd of crude oil from Iran since the beginning of the year. The biggest shipment came in August when China bought more than 700,000 bpd from the Middle Eastern country.

Beijing is estimated to raise its oil imports by another 2 million barrels a day and Tehran is well-placed to further boost oil sales to the world’s second biggest economy.

India is the second biggest client of Iranian oil, buying an average of 450,000 bpd since the beginning of 2017 to the end of August. Indian oil imports from Iran hit a record in July, when the country’s refineries purchased 500,000 barrels a day.

Another major buyer of Iran’s oil is South Korea which did not halt shipments during the sanctions despite announcing to do so.

Seoul is the biggest customer of Iran’s condensate with 300,000 bpd. South Korea has also taken 100,000 bpd of Iranian crude oil on average since the start of the year.

Japan, another importer of Iranian crude, has bought another 100,000 bpd during the period, according to Iran’s official statistics.

On Tuesday, a report said NIOC had informed buyers in Asia that it could reduce condensate exports in October because of maintenance at the South Pars Gas Field.

According to the news agency, the company typically exports about 15 million barrels of South Pars condensates each month.

The drop in Iranian condensate exports in October comes as the trading arm of Asia’s largest refiner Sinopec, China’s Unipec which typically halts imports in summer months due to environmental restrictions at Chinese ports, is about to resume cargo liftings from Iran in October, the report said.