TEHRAN, September 20 - A senior Iranian commander condemned US President's allegations against the Islamic Republic, saying that the hawkish remarks demonstrated real face of the US. 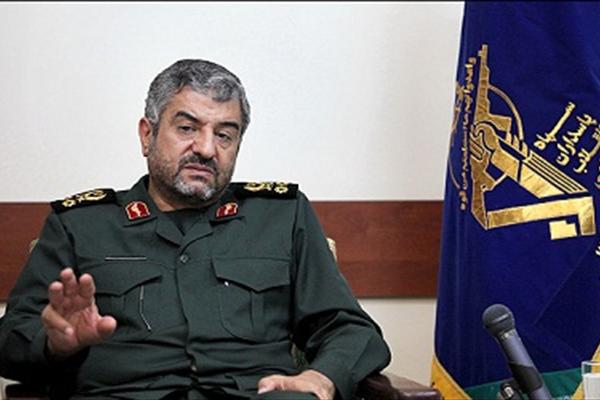 Jafari said, “What was new is that the US showed its real to the world,” adding, “Today, the world can see the same image of the United States that Iran has been trying to reveal it for many years.”

He said that such allegations match the US and its ‘corrupt and bullying government’.

The Iranian commander also touched on US frequent failures in the region, saying that such “nervous reaction deems natural” considering the consecutive and crushing failures that the US has experienced in the region.

He further underlined that the US will receive "much painful" response from Iran due to action, behavior, and decisions that Tehran would take in coming months.

The reaction came after Trump claimed during his first address to the 72nd session of the UN General Assembly on Tuesday that Iran's "support for terror is in stark contrast to the recent commitments of many of its neighbors to fight terrorism and halt its financing".

The remarks came as the US and some of its regional allies, including Saudi Arabia, have been staunch supporters of Takfiri terrorists in the Muslim states of Syria and Iraq.

Tehran has, meanwhile, been praised for its support for anti-terrorism efforts by the governments in Damascus and Baghdad.

The Takfiri terrorists of Daesh were initially trained by the CIA in Jordan in 2012 to destabilize the Syrian government.