TEHRAN, September 21 - Russia has warned that it will strike back if the positions of Syrian government forces in the Arab country come under attack by US-backed militants. 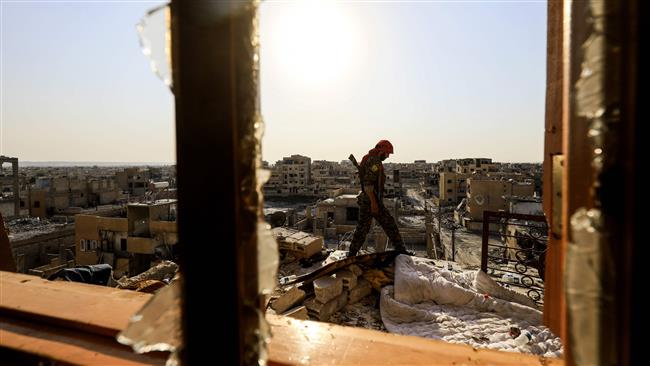 "A representative of US command in Al Udeid [Air Base], Qatar, was notified in severe form that attempts to attack from districts where SDF (Syrian Democratic Forces) fighters are located will be repelled," he said in a statement.

Konashenkov said if the attacks are repeated, "fire positions in these areas will be immediately suppressed with all available weapons."

Earlier this month, Syrian government forces broke the three-year-long Daesh siege on Dayr al-Zawr, which is currently the main Daesh base in the country after the Takfiri group's losses in Raqqah.

The Syrian army troops have captured about 100 kilometers of the west bank of the Euphrates and crossed to the eastern side of the river.

SDF militants who consist of Syrian Kurds have taken advantage of the momentum created in the army's breach of Daesh defense lines to advance on the eastern bank of the Euphrates with US support.

The convergence of the two rival operations has increased tensions in Dayr al-Zawr and raised the possibility of first major confrontation between them.

The US is helping the militants establish self-ruled zones in the territories close to the Turkish border similar to those in neighboring Iraq, far from the Syrian government control.

Konashenkov said Russia suspects the SDF is colluding with Daesh in Dayr al-Zawr rather than fighting it, citing the transfer of Takfiri elements from Raqqah to join forces against the advancing Syrian troops.

“SDF militants work to the same objectives as Daesh terrorists. Russian drones and intelligence have not recorded any confrontations between Daesh and the ‘third force,’ the SDF,” he said.

The Russian general further said the Syrian government forces had managed to free 16 square kilometers and two villages from terrorists on the eastern side of the Euphrates on Wednesday.

He also estimated that only 25 percent of Raqqah is now held by Daesh.

“The central parts of the former Daesh capital, which account for roughly 25 percent of the city, remain under full control of the terrorists,” he said.