TEHRAN, September 21 - The United Nations Security Council has voted for a resolution that authorizes an investigation team to collect evidence on the atrocities committed by the Daesh Takfiri terrorist group in Iraq. 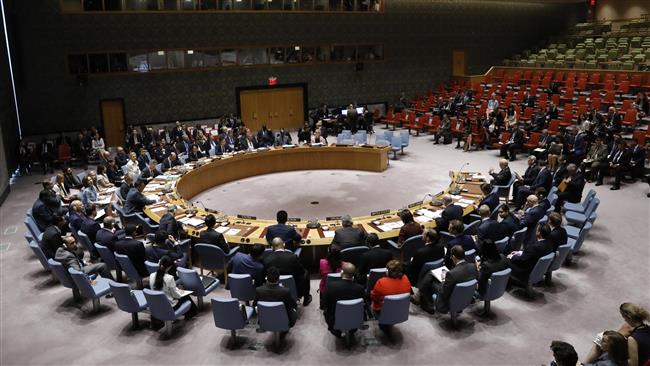 TEHRAN, Young Journalists Club (YJC) - The resolution, passed unanimously on Thursday, gives UN Secretary General Antonio Guterres 60 days to present to the council details on the mandate of the investigative panel that will work with their Iraqi counterparts.

The investigators will help Iraq preserve any evidence "that may amount to war crimes, crimes against humanity and genocide" committed by Daesh, according to the resolution.

"Why is it that nothing has been done? Mass graves lie unprotected and unexhumed. Witnesses are fleeing and not one ISIS (Daesh) militant has faced trial for international crimes anywhere in the world," she said.

Iraqi Foreign Minister Ibrahim al-Jaafari sent a letter to the UN chief in August, saying that Baghdad was working on the Security Council resolution.

“The crimes committed by the Daesh terrorist organization against civilians and destruction of infrastructure and archaeological sites in Iraq are crimes against humanity, which makes it important to bring its perpetrators from Daesh terrorist gangs to justice, in accordance (with) the Iraqi law,” the letter read.

Daesh unleashed a campaign of death and destruction in Iraq in 2014, seizing Mosul and declaring it as its so-called “capital” in the Middle Eastern state.

Iraqi army soldiers and allied fighters have been leading a major campaign to rid the country of the Takfiri terrorists.

The Iraqi forces fully liberated Mosul in July. They are now engaged in counter-terrorism operations elsewhere in the country.

On Thursday, Iraqi forces managed to liberate the town of Anah in the western Anbar Province.

Lieutenant General Abdul Amir Yarallah, deputy commander of the Joint Operations Command, said that the Iraqi flag was hoisted over buildings in Anah.