TEHRAN, September 22 -The UN Security Council has warned that a secession referendum planned to be held in Iraq’s semi-autonomous Kurdistan region next week is potentially “destabilizing” and threatens the ongoing war against Daesh terrorists. 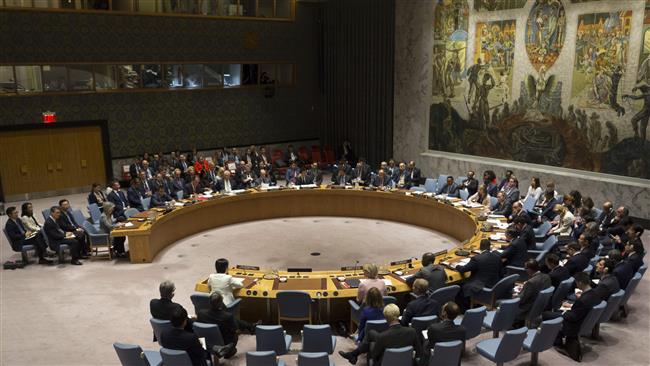 TEHRAN, Young Journalists Club (YJC) -In a unanimous statement on Thursday, the 15-member council also said the referendum could hinder efforts to help those displace by violence return home.

The Security Council “expressed concern over the potentially destabilizing impact of the Kurdistan regional government’s plans to unilaterally hold a referendum next week,” adding that “the planned referendum is scheduled to be held while counter-ISIL (Daesh) operations -- in which Kurdish forces have played a critical role -- are ongoing.”

Members of the Council asked for “dialogue and compromise” to address the differences between the Iraqi government and Kurdish authorities.

Kurdish independence ambitions are hugely controversial throughout the region and among the international community.

The three branches of the Iraqi government, including the parliament, the judiciary and the administration of Prime Minister Haider al-Abadi, have voiced strong disapproval of the plan to partition the mainland.

Yet Massoud Barzani, the leader of the semi-autonomous Kurdish Regional Government (KRG), has been adamantly pressing ahead with his plans to hold the September 25 vote, ignoring international calls to drop the bid and negotiate a deal that does not affect Iraq’s integrity.

The United Nations and the US as well as regional powers like Iran and Turkey have also expressed concerns about the planned vote by the KRG, arguing that it could create further instability in the already volatile region.

The Israeli regime, however, has come out in apparent support of the controversial referendum.

Earlier in the day, the foreign ministers of Turkey, Iran and Iraq held a rare meeting Wednesday in New York on the sidelines of the UN General Assembly, days ahead of the Monday September 25 referendum.
In a joint statement, the three ministers emphasized that “the referendum will not be beneficial for the Kurds and the Kurdish Regional Government, and agreed, in this regard, to consider taking counter-measures in coordination.”