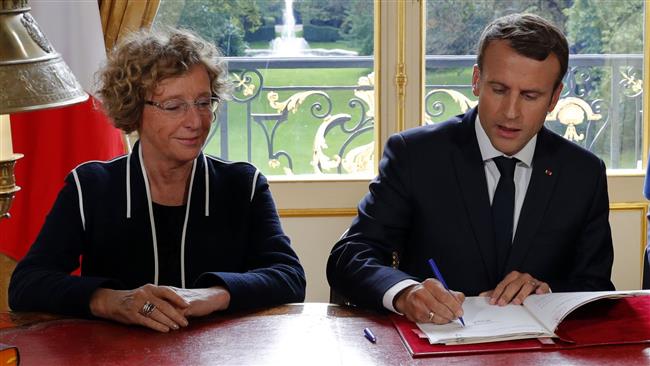 The labor overhaul is the central pillar in Macron's promises to create jobs and boost economy.

The president, who has been in office for four months, believes that the labor reforms, along with an overhaul of unemployment benefits and a training plan for jobless people to be set up next year, will boost economy and bring the unemployment rate down from the current long-standing 9.5 percent.

Meanwhile, nationwide rallies were held against Macron’s labor reforms on Thursday with police firing tear gas in some cities.

The protests, backed by the powerful, hard-left CGT trade union, saw protesters take to the streets in the second round of public opposition to the long-touted changes in the much revered labor code, which has protected the rights of employees in France.

Macron's critics see the changes to the labor code as a "social coup d'etat."