“History will not forget crimes of Saudi-led coalition against Yemen”

TEHRAN, September 23 - Iranian Deputy Foreign Minister for Legal and International Affairs Abbas Araqchi said that the history would not forget crimes of Saudi-led coalition against Yemen. 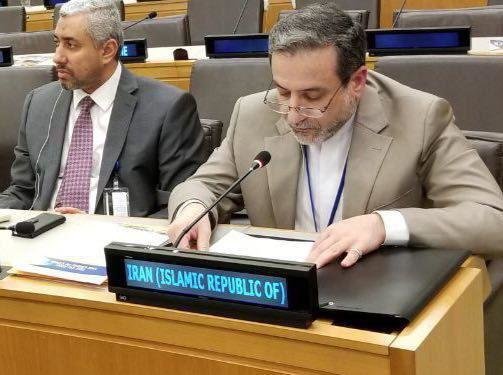 Stressing significance of unity among Muslim countries, he said, the OIC is the most appropriate place to show and practice this unity.”

Yemen has been facing war by a Saudi-led coalition since March 2015. Leading a number of its vassal states, Saudi Arabia launched the military aggression on Yemen to eliminate the Houthi Ansarullah movement and reinstall a Riyadh-friendly former president. The war, however, has failed to achieve either of the goals, morphing into a protracted conflict and causing a humanitarian crisis in Yemen.

UN-brokered talks between Yemen’s warring sides have also failed to end the conflict so far.

Iran has repeatedly called for a swift end to the brutal Saudi-led military campaign.