TEHRAN, September 23 - Iranian weightlifter Sohrab Moradi has broken an 18-year world record and upset Georgian-Greek athlete Kakhi Kakhiashvili, after he lifted a total of 413 kilograms and set a new world record of in the 94-kilogram weight class of the 5th edition of Asian Indoor & Martial Arts Games in Turkmenistan. 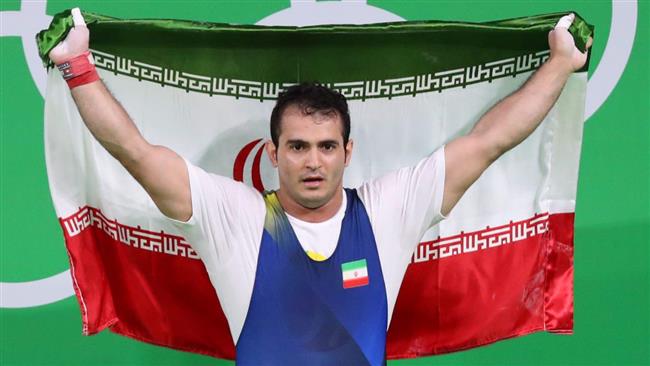 TEHRAN, Young Journalists Club (YJC) - Kakhiashvili had created the previous record of 412 kilograms during the 1999 World Weightlifting Championships at Peace and Friendship Stadium in Piraeus, Greece.

Moradi earlier raised 176 kilogram above his head in his first snatch attempt as he and Uzbek opponent Farkhodbek Sobirov went toe-to-toe in a fierce battle.

The 28-year-old Iranian sportsman, who won the gold medal in the 94-kilogram weight division at the 2016 Rio Olympics, recorded scores of 185 kilograms in the snatch and 228 kilograms in the clean and jerk cointests.

Moradi finished on an aggregate 26 kilograms ahead of bronze medalist Liu Hao of China.