TEHRAN, September 24 - Bahrain has made overtures to Israel in a bid to normalize ties with the regime in defiance of growing public discontent in the Persian Gulf country. 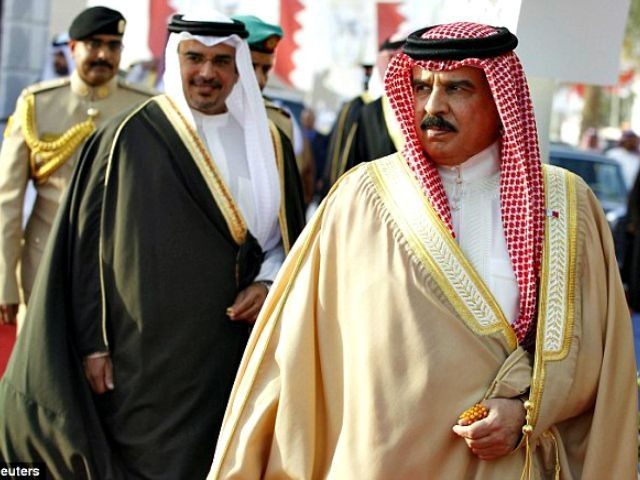 The contacts would in time be followed by official announcements of business deals between Tel Aviv and Manama, the source added.

He also claimed that such moves were part of a new reality in the Middle East, noting, “Israel does not threaten our security or conspire on us.”

An official announcement of the establishment of Bahrain-Israeli ties could be released next year, he concluded. Bahrain and Israel have no formal diplomatic ties.

Rest in Peace President Shimon Peres , a Man of War and a Man of the still elusive Peace in the Middle East

In May 2017, Manama witnessed the first visit of an Israeli official at the 67th congress of football's world governing body, FIFA, leading hashtag #Bahrain_refuses_normalization to go viral.

Most recently, Bahrain's Prince Nasser presented on behalf of his father, King Hamad bin Isa Al Khalifah, the Bahrain declaration on religious tolerance at the pro-Israeli Museum of Tolerance in the US city of Los Angeles.

Moreover, Israeli newspapers reported that the Bahraini king had called for an end to the Arab boycott of Israel in comments to Rabbi Abraham Cooper, the director of Global Social Action Agenda at the Simon Wiesenthal Center.

Israel’s Foreign Ministry also confirmed on its Twitter account, "Bahrain's King Hamad bin Isa Al Khalifah denounced the Arab boycott against Israel and has confirmed that Bahraini citizens are now free to visit #Israel." The post, however, was quickly deleted.

Ali al-Fayez, a Bahraini opposition activist, said the Palestinian cause had always united the Bahraini people and the government did not represent the will and political orientation of the people.

Nasser al-Fadhala, the general secretary of the Bahraini Association to Resist Normalization, said the Manama regime was violating the constitution, which explicitly affirms upholding Arab and Islamic causes - the Palestinian cause being top on the list.

"Each time they make further advancements towards normalization, popular discontent and upheavals will increase. They should not violate our agreements with them," he added.