TEHRAN, September 24 - People in Germany have started heading to the polls in national elections that are likely to see Angela Merkel winning a fourth term as chancellor and a right-wing party entering parliament for the first time in 60 years. 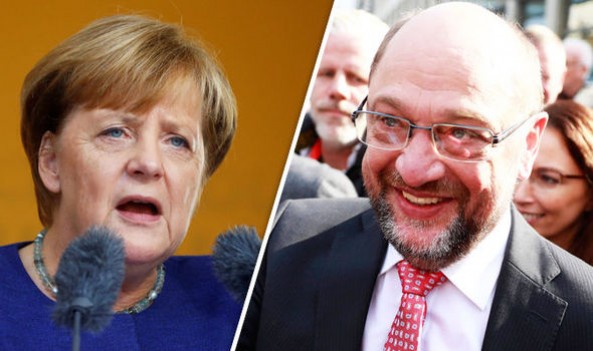 TEHRAN, Young Journalists Club (YJC) - Polling stations opened across the European country at 08:00 local time (06:00 GMT) on Sunday and will be open until 18:00, with some 61.5 million people eligible to vote.

The German chancellor is seeking a fourth term and tries to retain her Christian Democratic (CDU) Party’s status as the largest group in the German national parliament, the Bundestag.

Merkel is pitted against Martin Schulz, who is the leader of the center-left Social Democrats (SPD) and a former president of the European Parliament.

Among other competing parties, the far-right and anti-immigration Alternative for Germany (AfD) appears set to win seats in the national parliament for the first time in 60 years and may even emerge as the country’s third-largest party.

The 63-year-old Merkel saw a decline in her approval ratings over the past two years, mainly due to a decision at the beginning of 2015 to allow hundreds of thousands of refugees into Germany. However, her success in controlling the refugee inflow and her message that the German economy needs to be rendered fit for the future by investing in digital technologies seem to have won hearts in the run-up to the parliamentary elections.

The AfD, a nationalist, anti-Islam party, has hugely capitalized on Merkel’s fall in several states.