TEHRAN, September 24 - Foreign ministers of Iran, India, and Oman held a meeting in New York to explore avenues for closer relations among the three Asian nations, with the focus on cooperation in the energy sector. 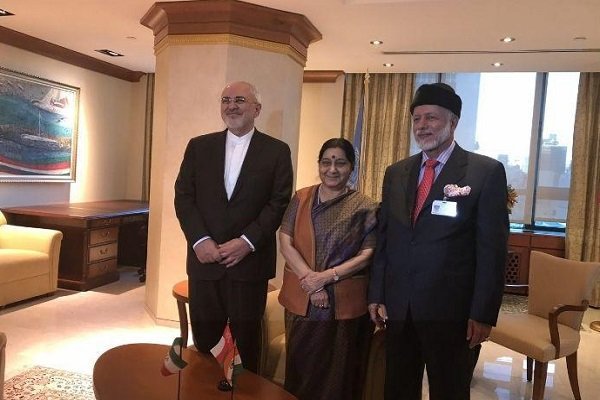 Talking about the latest regional and international developments, the three top diplomats also discussed the ways to enhance cooperation among Tehran, New Delhi and Muscat in the energy sector.

Working to a tight schedule at the UN, Zarif has held a host of meetings with foreign counterparts and top officials in New York in recent days.

The latest status of implementation of the Joint Comprehensive Plan of Action (JCPOA), a nuclear agreement between Iran and the Group 5+1 (Russia, China, the US, Britain, France and Germany), the situation in Syria, Myanmar and Yemen, as well as joint economic and political interaction have been the main topics of the Iranian foreign minister’s meetings.