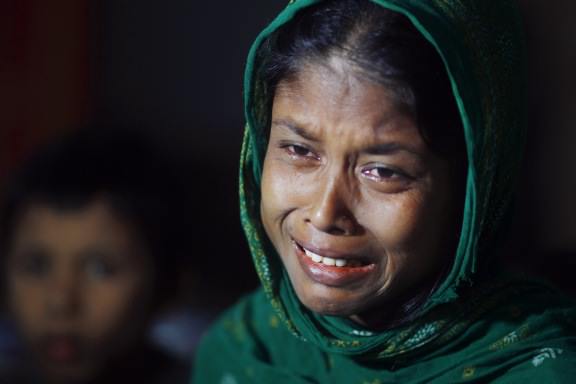 TEHRAN, Young Journalists Club (YJC) - According yo Reuters, examining 429000 Rohingyia Muslims resorting to Bangladesh because of Myanmar government purposeful brutalities, the UN medical staff has confirmed that Rohingyia Muslim women have been raped by army forces.

Some of these rape reports, According to MNA, also have been observed by Reuters and confirmed.

Yet, Myanmar government time and again has rejected these reports as accusations and claims that the goal of such reports is to blur the reputation of Myanmar Army.

And yet, Aung San Suu Kyi’s Spokesman says that Rohingyia Muslim women should visit the government army in order for being supported!

The new wave of violence against Rohingyia Muslims has been initiated amid the last month and the efforts of the international community has not been fruitful to stop the violence.

UN security Council is to investigate the issue during a session in the coming days. UN Secretary General Antonnio Guteress also has been asked to present a detailed report about the issue in question.