TEHRAN, September 25 - Iraq's semi-autonomous Kurdistan Region head is holding an independence referendum despite strong objections from the central government in Baghdad and in defiance of urgent calls from the international community to scrap the vote plan. 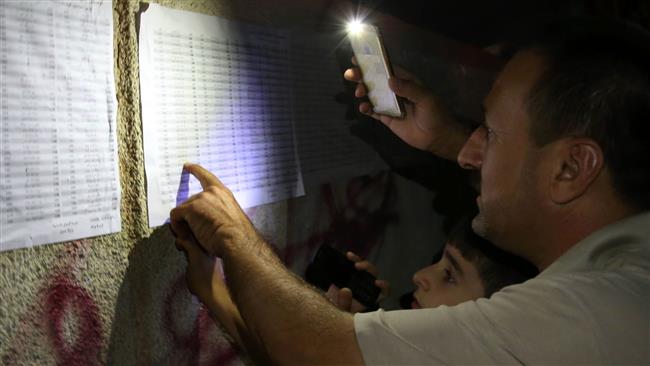 The stations are dotted across the three provinces of Arbil, Sulaimaniyah and Dohuk that form the Iraqi Kurdistan Region as well as in disputed bordering zones such as the oil-rich province of Kirkuk.

Initial results are expected to be announced 24 hours after the vote.

The non-binding vote on the secession of the autonomous region has irked the central government.

Baghdad on Sunday urged the world countries not to purchase oil from the semi-autonomous Kurdish region in response to the referendum hours after Prime Minister Haider al-Abadi vowed to take the “necessary measures” to protect the unity of Iraq.

His remarks came after Iraqi Kurdish leader Massoud Barzani urged “all Kurds” to go to the polls, saying his people’s partnership with the central government in Baghdad had failed.

Neighboring Iran has also announced its opposition to the “unilateral” scheme for the independence of the Iraqi Kurdistan, underlining the importance of maintaining the territorial integrity and stability of Iraq and insisting that the Kurdistan region is part of the majority Arab country.

Also on Sunday, Iran closed its airspace to all flights to and from the Kurdish region at the request of the Iraqi government.

Turkey has also opposed the referendum and warned that disintegration of Iraq has the potential to turn into a global conflict.

Earlier this month, United Nations Secretary General Antonio Guterres urged Iraq’s Kurdish leaders to scrap the vote which he said would undermine the ongoing battle in the Arab country against Daesh.