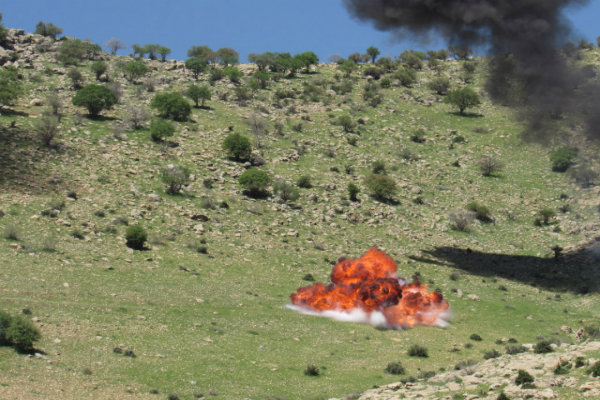 The commander also said that the war-game underway has so far been successful and noted, “Our objective in this drill was to increase cooperation, coordination, and harmony of different units during integrated operations, and thankfully, the objective has been met so far.”

Hamzeh Seyyedoshohada HQ of IRGC is in command in this drill controlling infantry, armored, electronic warfare, helicopter, and missile units.

“The objective in this war-game is to enhance the combat capabilities and equipment savviness of the warriors,” said the Lieutenant Brigadier Habib Shahsavari, the Spokesperson of the drill, “the message of this war-game for our friends is peace, security, and tranquility and for the enemies is that our soldiers and warriors are ready to defend our braves gallantly and brave-heartedly, with no permission to anti-revolutionary forces.”