TEHRAN, September 25 - A senior Iranian official said the Islamic Republic will never accept to renegotiate or revise the provisions of a nuclear agreement it struck with the P5+1 group of countries more than two years ago. 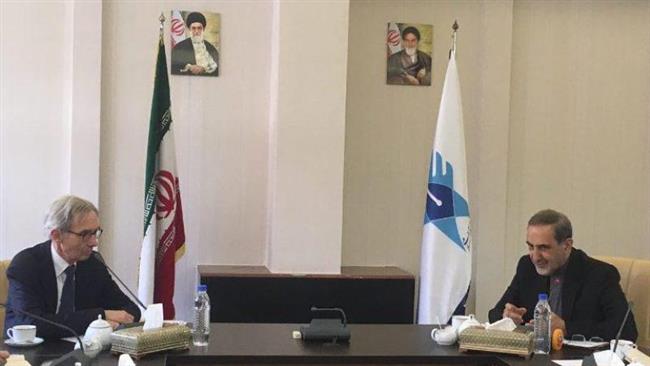 TEHRAN, Young Journalists Club (YJC) - Ali Akbar Velayati, a senior advisor to Leader of the Islamic Revolution Ayatollah Seyyed Ali Khamenei on international affairs, made the remarks in a meeting with the director general of France’s Académie Diplomatique Internationale (ADI), Michel Duclos, in Tehran on Sunday.

The meeting came following a week of speeches at the UN General Assembly in New York, where US President Donald Trump said the internationally-negotiated nuclear agreement, known as the Joint Comprehensive Plan of Action (JCPOA), with Iran was an “embarrassment” to the United States.

During his speech at the General Assembly on September 19, the Republican president described the JCPOA as “the worst and most one-sided transaction the US has ever entered into,” a characterization he often used during his presidential campaign.

Velayati said, “The JCPOA is an international agreement and any renegotiation on and revision of the JCPOA are rejected by the Islamic Republic of Iran.”

He also called on European countries, including France, to adopt "more independent policies" on the landmark nuclear deal.

Delivering a speech at the General Assembly on September 20, Iranian President Hassan Rouhani lashed out at the US president for his “ignorant and spiteful” comments, saying that the JCPOA was an international agreement backed by UN Security Council Resolution 2231.

“The JCPOA does not belong to one or two countries. The JCPOA is a UN Security Council document, which belongs to the entire international community,” the Iranian president said.

Elsewhere in his remarks, Velayati pointed to the ongoing regional and international developments and said, “The Islamic Republic of Iran has always highlighted the need to fight against terrorism and support legitimate governments and the oppressed nations in the region as its principled policy.”

If it was not for Iran’s resistance and principled policies, the region would have witnessed the spread of terrorism and the rule of terrorist groups instead of legitimate governments, he said.