TEHRAN, September 25 - A senior commander said Iran's missile development has multiplied severalfold since US officials' criticism of the program. 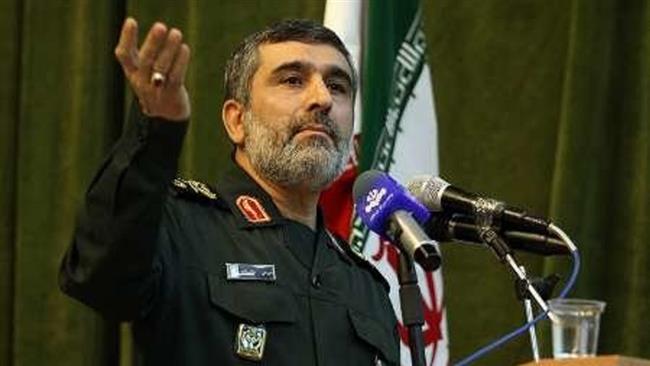 TEHRAN, Young Journalists Club (YJC) - Since the January inauguration of US President Donald Trump, Washington has imposed several rounds of sanctions against Iranian individuals and institutions over the country’s missile activity.

Commander of the aerospace division of the Islamic Revolution Guards Corps (IRGC), Brigadier General Amir Ali Hajizadeh, on Monday outlined the features of the Khorramshahr ballistic missile that the country unveiled last Friday.

The projectile is 13 meters in length and its nosecone weighs 1,800 kilograms, he said, adding that it can engage multiple targets.

Iran on Saturday successfully test-launched the missile, which has a range of 2,000 kilometers (1,242 miles), and is capable of carrying multiple warheads.

There are no sections in these areas that are not indigenous,” Hajizadeh said.

Tehran says it will wait for no one’s permission to hone its defensive power, including its missile program. The missile work, it says, does not breach its 2015 nuclear deal with world countries as the projectiles are not capable of carrying nuclear warheads.