TEHRAN, September 25 - Iranian President Hassan Rouhani in a phone call with his Russian counterpart Vladimir Putin said that Iran attaches great importance to territorial integrity in the region as well as no change in boundaries. 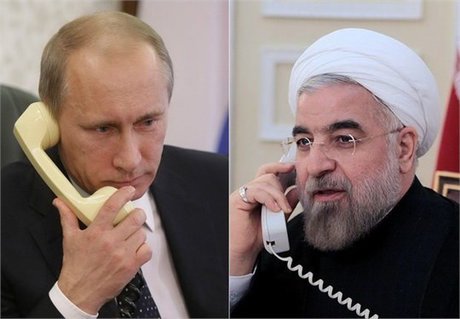 TEHRAN, Young Journalists Club (YJC) - “Territorial integrity in the region and no change in borders are quite important for the Islamic Republic of Iran and we are completely ready to continue the process of cooperation and coordination for the next Astana conference,” he said.

Putin, for his part, stressed Moscow’s willing to develop bilateral ties with Iran in all fields, and said, “Iran-Russia bilateral cooperation along with Turkey on Syria will be continued to establish peace in Syria and uproot terrorists.”