TEHRAN, September 25 - Iraqi army has commenced major military drills with Turkish military along the common border after a highly controversial referendum on independence was held in the Arab country’s Kurdish region in open defiance of the central government in Baghdad. 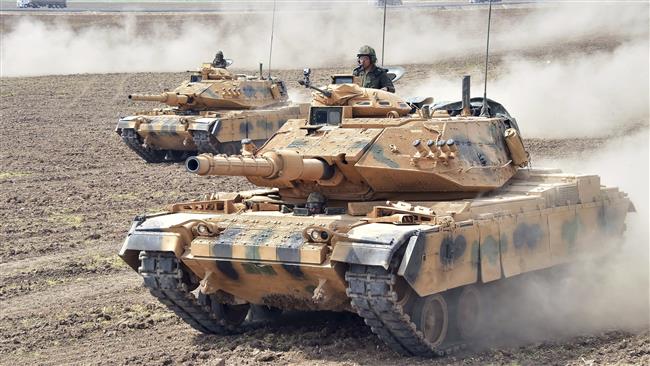 The development came hours after Iraqi legislators demanded deployment of army troops to areas disputed with Kurds amid growing tensions between the Iraqi government and the Kurdistan Regional Government (KRG), led by Massoud Barzani, over a non-binding referendum on the secession of the Kurdish region from Iraq on Monday in a highly provocative move, which has infuriated the central government in Baghdad.

Earlier in the day, Turkish Prime Minister Binali Yildirim announced that Iraqi army officials and troops would take part in an Iraqi-Turkish military exercise along the common border.

The provocative vote, which was announced by the KRG earlier in the year, was held in the region much to the consternation of the international community, particularly the regional countries, that warned it could most likely throw the already violence-weary country into more trouble.

Turkish President Recep Tayyip Erdogan warned on Monday that Ankara would seal the border with the Iraqi Kurdistan over the contentious plebiscite.

The Turkish leader did not rule out the military intervention in Iraq’s Kurdish region to counter the creation of a Kurdish state on its southeastern border, hinting that the would-be state could be a safe haven for Kurdish militants, who fight against Ankara.

Turkey, among others, has strongly opposed the referendum from the beginning and has already warned that the disintegration of Iraq has the potential to turn into a major conflict.

Iran, for its part, has already announced that it is opposed to the “unilateral” scheme for the independence of the Iraqi Kurdistan, underlining the importance of maintaining the integrity and stability of Iraq and insisting that the Kurdistan region is part of the majority Arab country.

On Sunday, Iran also closed its airspace to all flights to and from the Kurdish region at the request of the Iraqi government.