TEHRAN, September 25 - Iran will host the second edition of Mustafa Prize ceremony to grant the Organization of Islamic Cooperation’s prestigious science and technology award to top researchers and scientists of the OIC member states. 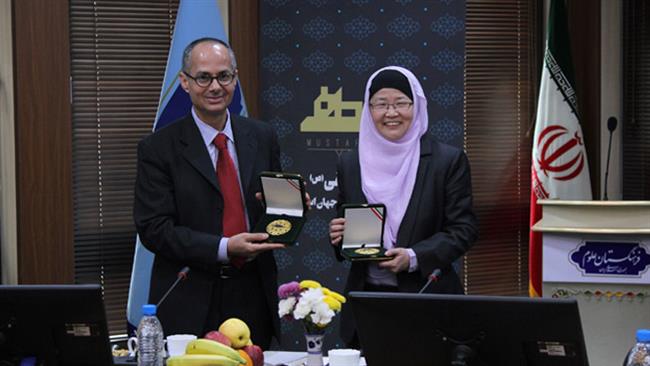 TEHRAN, Young Journalists Club (YJC) -  The event is scheduled to be held in the Iranian capital of Tehran on December 3.

The award grant ceremony is held biennially to honor efforts made in various fields of science and technology by top researchers from Muslim OIC member states.

The first edition of the prize was held in the Iranian capital in December 2015 in which the Mustafa Prize handed out to top researchers and scientists in four categories, including life and medical science, information and communication technology, nano science and technology, and top scientific achievement in other fields.

The laureates in each section will be awarded 500,000 USD which is financed through the endowments made to the Prize. The winners will also be adorned with a special medal and certificate.

The Mustafa Prize seeks to encourage education and research and is set to play the pioneering role in developing regional relations between science and technology institutions working in the OIC member countries.

It also aims to improve scientific relations between academics and researchers in order to facilitate the growth and perfection of science in the OIC member states, Presstv reported.

The Mustafa Prize started its job in 2013. The Policy Making Council of the prize, which is tasked with supervising various procedures of the event, is comprised of high-profile universities and academic centers of OIC member states.

The prize will be granted to the works which are deemed to have improved the human life and have made tangible and cutting-edge innovations on the boundaries of science or have presented new scientific methodology.