US ‘deeply disappointed’ by Kurdish secession vote, warns of instability

TEHRAN, September 26 - The United States says it is “deeply disappointed” by the Iraqi Kurdistan’s “unilateral” independence referendum, adding it would increase “hardships” for people living in the region.

TEHRAN, Young Journalists Club (YJC) The United States says it is “deeply disappointed” by the Iraqi Kurdistan’s “unilateral” independence referendum, adding it would increase “hardships” for people living in the region.

“We believe this step will increase instability and hardships for the Kurdistan region and its people,” the State Department said in a statement on Monday, shortly after the Kurdistan Regional Government (KRG) defied international pressure to cancel the vote. 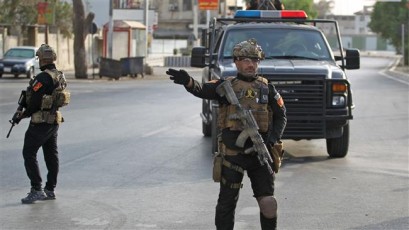 “We believe all sides should engage constructively in a dialogue to improve the future of all Iraqis. The United States opposes violence and unilateral moves by any party to alter boundaries,” the statement read.

The department noted that the secession bid would “greatly complicate” the KRG’s ties with the central Iraqi government, as well as the country’s neighbors.

However, It said that Washington’s “historic relationship” with the people of Kurdistan would remain unchanged despite the move.

Prime Minister Haider al-Abadi also said that his government would not hold talks about the results of Monday’s secession vote. Abadi said that those who were responsible for the "unconstitutional" referendum would be duly punished.

Turkish President Recep Tayyip Erdogan warned on Monday that Ankara would seal the border with the Iraqi Kurdistan over the contentious plebiscite.

On Sunday, Iran also closed its airspace to all flights to and from the Kurdish region at the request of the Iraqi government.

Tehran has advised against the “unilateral” scheme, underlining the importance of maintaining the integrity and stability of Iraq amid its ongoing war against Takfiri terrorist groups such as Daesh.

Syria has also rejected the independence referendum by Iraq’s Kurds as “unacceptable,” stressing that Damascus only recognizes a unified Iraq.

Underlining the importance of focusing on the war against Daesh, the US State Department warned that the terror group was “seeking to exploit instability and discord.”

“The United States supports a united, federal, democratic and prosperous Iraq and will continue to seek opportunities to assist Iraqis to fulfill their aspirations within the framework of the constitution,” the statement added.

Following the vote, the Iraqi army held major military drills with the Turkish military along the common border between the two countries.

United Nations Secretary-General António Guterres reacted to the move on Monday, expressing concern over the “potentially destabilizing effects” that it might trigger.

Share to
Related News
Turkish president arrives in Tehran for talks with Iranian officials
US ‘does not recognize’ Iraqi Kurdistan referendum: Tillerson
US to obscure arms exports after Pentagon ‘pipeline’ to Syria exposed
Iran will respond to any 'wrong move' on JCPOA: Leader
Tags
America ، Iraq ، Turky
Your Comment