US hypocritical policies to blame for Russian general’s death in Syria: Moscow

TEHRAN, September 26 - Moscow has said that the death of Russian Lieutenant-General Valery Asapov in Syria is the result of the US’ hypocritical policies. 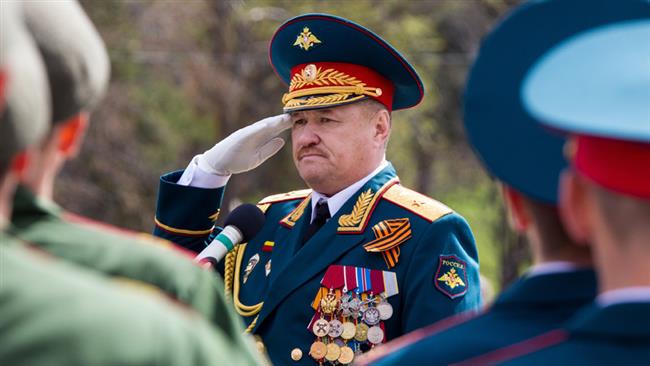 TEHRAN, Young Journalists Club (YJC) -Moscow has said that the death of Russian Lieutenant-General Valery Asapov in Syria is the result of the US’ hypocritical policies.

“The death of the Russian commander is the price paid with blood for the hypocrisy of American policy in Syria," said Russian Deputy Foreign Minister Sergey Ryabkov on Monday.

He was a senior military advisor and was stationed at a Syrian command outpost aiding in the full liberation of Dayr al-Zawr when he was killed.

“The American side declares that it is interested in the elimination of Daesh ... but some of its actions show it is doing the opposite and that some political and geopolitical goals are more important for Washington,” Ryabkov added.

He added that Russia wants the US’ statements on combating terrorism not to be at odds with its actions on the ground.

On multiple occasions,  Moscow has complained about what it suggests are suspiciously friendly ties between US-backed militants , US special forces, and Daesh in the region, with the goal of to slowing the advance of the Syrian army.

Syria has been fighting different foreign-sponsored militant and terrorist groups since March 2011. UN Special Envoy for Syria Staffan de Mistura estimated last August that more than 400,000 people had been killed in the crisis until then.