Trump angry over Iran’s success to foil US plots in region: Judiciary Chief

TEHRAN, September 26 - Iranian Judiciary Chief Ayatollah Sadeq Amoli Larijani said recent comments by US President Donald Trump against the Islamic Republic in the United Nations General Assembly have their roots in Washington’s anger over Tehran’s success to foil US plots in the Middle East. 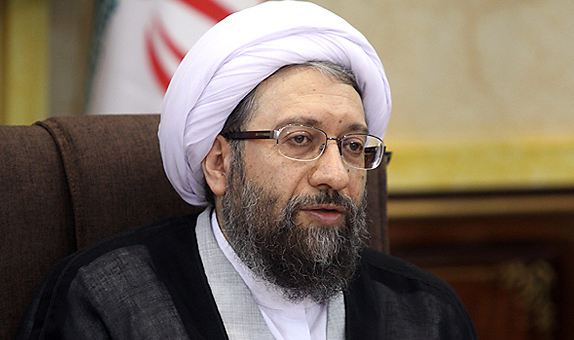 TEHRAN, Young Journalists Club (YJC) - “Since the victory of the Islamic Revolution to the present day, the US has spent a lot on changing the political geography of the region as well as on its cultural invasion and infiltration into Iran,” Amoli Larijani said in a meeting with high-ranking judicial officials in Tehran on Monday.

Today, Washington sees that all its plots have been foiled, especially when it sees the resistance of the Syrian, Iraqi and Yemeni nations, he stated.

Therefore, it is natural that the US statesmen are so angry and infuriated, the cleric said, adding that the Islamic Republic has stood against the US hostilities and with the grace of God will continue the resistance.

During his first address to a session of the UN General Assembly, Trump claimed that Iran’s “support for terror is in stark contrast to the recent commitments of many of its neighbors to fight terrorism and halt its financing.”

The assertion came while it is the US and some of its regional allies, including Saudi Arabia, that have been staunch supporters of Takfiri terrorists in the Muslim states of Syria and Iraq.

It is no secret that Daesh Takfiri terrorists were initially trained by the CIA in Jordan in 2012 to destabilize the Syrian government.

Tehran, meanwhile, has been praised for its support for anti-terrorism efforts by the governments in Damascus and Baghdad.