TEHRAN, September 26 -An officer in Philippine President Rodrigo Duterte’s security guard unit has been shot dead inside the presidential compound in the capital, Manila, officials say. 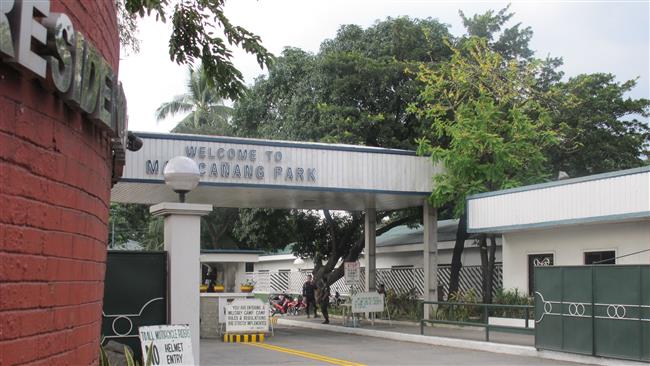 TEHRAN, Young Journalists Club (YJC) - Major Harin Gonzaga, 37, was found dead on Tuesday morning with a gunshot wound to the chest in Malacanang Park, the Manila base of the Presidential Security Group (PSG), close to Duterte’s residence.

The incident “is being treated as an isolated incident and terrorism has been ruled out,” PSG commander Lope Dagoy said.

“We are ruling out foul play,” Dagoy told reporters. “Certainly no foul play.”

He said other members of the security force were unaware of the shooting until the victim’s wife found the body.

Duterte was not at the presidential palace at the time of the incident. He was not seen in public on Monday and, prior to the mysterious shooting, had spent several days in his southern home city of Davao.
The president was, however, due to attend some events in Manila on Tuesday evening.

The victim was in charge of the guard unit’s operations and was not one of the president’s personal guards, according to Dogay.

The president’s spokesman, Ernesto Abella, could not confirm where Duterte was at the time of the shooting and said it was too soon to comment on the nature of the incident.

“It’s being investigated and the nature of the situation needs to be clarified,” Abella said.

Duterte is known for being unpredictable and often causes confusion with his schedules. However, every week he spends weekends in Davao City.