No talk about results of Kurdistan illegal referendum: Al Ibadi

TEHRAN, September 26 - Iraq’s Prime Minister announced that Baghdad has no negotiation with Kurdistan region after the illegal referendum held in the region to separate it from Iraq. 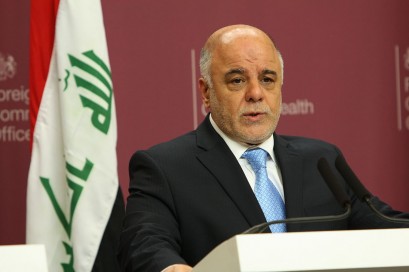 TEHRAN, Young Journalists Club (YJC) - During a speech in the state TV of Iraq, Iraqi Prime Minister Heydar al-Ebadi said the referendum was held in such a condition that non of the international parties recognize it. “What is strange is that the officials who decided to hold the referendum held it and will announce its results themselves without any legal and impartial supervision” he added.

The KRG, led by Massoud Barzani, held a non-binding vote on the secession of the Kurdish region from Iraq on Monday in a highly provocative move, which has infuriated the central government in Baghdad.

The vote, which was announced by the KRG earlier in the year, held in the region much to the consternation of the international community, particularly the regional countries, that warned it could most likely throw the already violence-weary country into more trouble.