TEHRAN, September 26 - The ambassadors from Britain, France, Germany and the European Union to the United States have expressed their countries’ strong support for a landmark international nuclear agreement Iran clinched with the P5+1 group of countries more than two years ago. 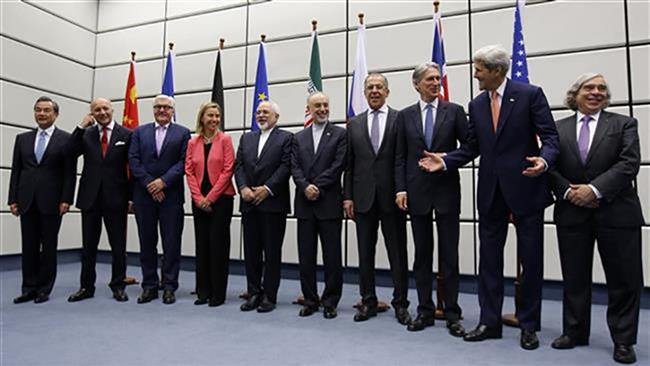 TEHRAN, Young Journalists Club (YJC) - “We agree that the demise of this agreement would be a major loss," David O'Sullivan, the European Union's envoy in Washington, said at an Atlantic Council panel discussion on Monday.

The nuclear deal, known as the Joint Comprehensive Plan of Action (JCPOA), was reached between Iran and the five permanent members of the UN Security Council - the United States, France, Britain, Russia and China - plus Germany in July 2015 and took effect in January 2016.

O’Sullivan said that if the US scrapped the JCPOA and moved to penalize European companies for doing business with Iran, Europe could respond with its own measures against the US.

“I’ve no doubt that if this scenario materializes, the European Union will act to protect the legitimate interests of our companies,” he said.

German Ambassador Peter Wittig asked, “What kind of signal would this send to countries like North Korea?"

“It would send a signal that diplomacy is not reliable, that you can't trust diplomatic agreements, and that would affect, I believe, our credibility in the West when we're not honoring an agreement that Iran has not violated.”

During his speech at the UN General Assembly on September 19, US President Donald Trump described the JCPOA as “the worst and most one-sided transaction the US has ever entered into,” a characterization he often used during his presidential campaign, Presstv reported.

The Trump administration has desperately sought a pretext to scrap or weaken the 2015 deal and get rid of the limits the deal imposes on the US ability to pursue more hostile policies against Iran.

The US Republican president faces an October 15 deadline for certifying that Iran is complying with the deal. If Trump refuses to do that, then the Republican-controlled Congress will have 60 days to decide whether to reimpose sanctions waived under the deal. That would let Congress effectively decide whether to kill the deal.

However, the European ambassadors vowed to do everything possible to protect any companies based in Europe that continue to do business with Iran from reimposed US sanctions in case of Washington’s withdrawal from the JCPOA.

Britain's ambassador, Kim Darroch, pointed to a last week meeting between Trump and Prime Minister Theresa May in New York and said the two sides devoted about half their discussion to Iran, although the US president refrained from revealing his decision.

He added that the British premier told Trump that London supports the nuclear pact due to national security.

“As long as the Iranians continue to comply with it, in the view of the IAEA, we will continue to support it," Darroch said, in a reference to the International Atomic Energy Agency.

French Ambassador Gerard Araud also said the other signatories to the JCPOA - Russia, China and Iran -- had made clear that they do not support renegotiating.

Delivering a speech at the General Assembly on September 20, Iranian President Hassan Rouhani lashed out at the US president for his “ignorant and spiteful” comments, saying that the JCPOA was an international agreement backed by UN Security Council Resolution 2231.

“The JCPOA does not belong to one or two countries. The JCPOA is a UN Security Council document, which belongs to the entire international community,” the Iranian president said.

Ali Akbar Velayati, a senior advisor to Leader of the Islamic Revolution Ayatollah Seyyed Ali Khamenei on international affairs, said on Sunday the Islamic Republic would never accept to renegotiate or revise the provisions of the nuclear agreement.