Iran against any change in geographical borders of Mideast countries: Defense min. 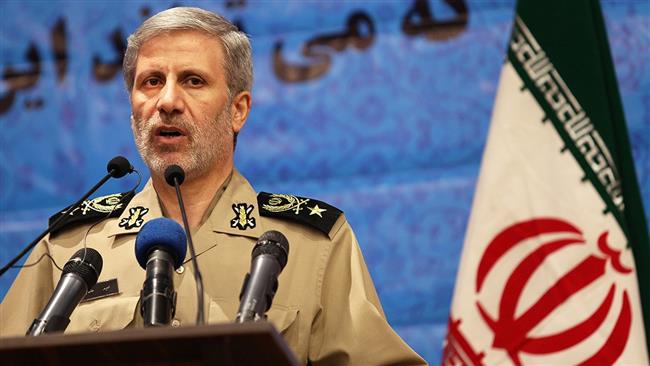 TEHRAN, Young Journalists Club (YJC) - He warned that the controversial referendum on the independence of the Iraq’s Kurdistan region from Iraq’s central government would bring about security aftermathes.

“The Islamic Republic of Iran is against any move, which will result in a change in geographical borders and partitioning of regional countries,” Hatami said in a meeting with Turkish ambassador to Tehran, Reza Hakan Tekin.

The Iranian minister said that Iran’s principled policy was to respect the national sovereignty and territorial integrity of regional countries, stressing that the plebiscite in the Kurdistan region “was tantamount to playing into the hands of Daesh terrorists and their regional and international allies.”

The Iranian minister emphasized that the independence vote would create problems for regional nations, particularly the Kurdish people in Iraq.

Iraq's semi-autonomous Kurdistan Region held an independence referendum on Monday in the face of strong objections from the central government in Baghdad and urgent calls from the international community to scrap the vote.

The voting stations were dotted across the three provinces of Erbil, Sulaimaniyah and Dohuk that form the Iraqi Kurdistan Region as well as in the disputed bordering zones such as the oil-rich province of Kirkuk.

Iraq's Kurdish-language Rudaw television network, which is affiliated to the Kurdistan Democratic Party (KDP) led by President of the Kurdistan Regional Government (KRG) Massoud Barzani, reported that the turnout in the Kurdish vote stood at 76 percent at 5:00 p.m. local time (1400 GMT) – one hour before polling stations closed. The final results were to be announced within 72 hours.