TEHRAN, September 27 - Leader of the Islamic Revolution Ayatollah Seyed Ali Khamenei made an appearance in Imam Hossein Mosque to stand beside Mohsen Hojaji’s holy body, and paid his respect to the martyr who gave his life in the fight against terrorism. 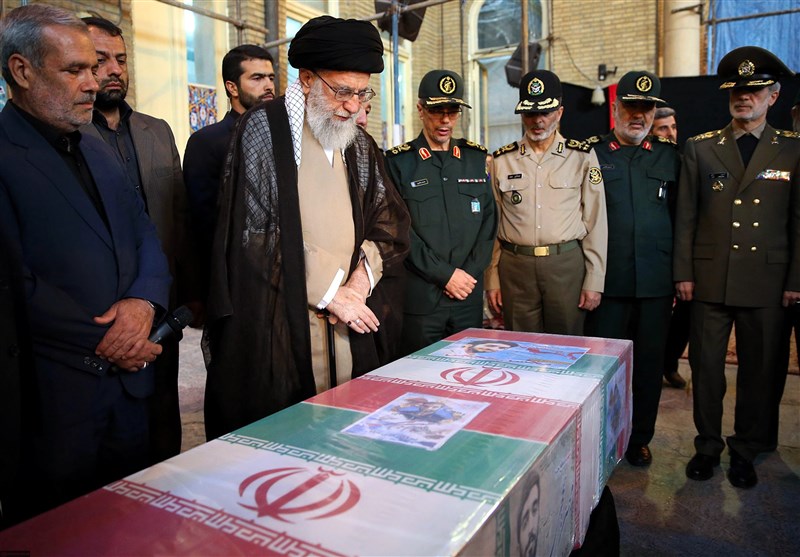 TEHRAN, Young Journalists Club (YJC) - Ayatollah Khamenei also met with the family members of Martyr Hojaji and expressed his gratitude for their endeavors and condolences for his loss.

The funeral procession of Martyr Mohsen Hojaji began in the Iranian capital early on Wednesday with thousands of Iranian people from all walks of life in attendance. 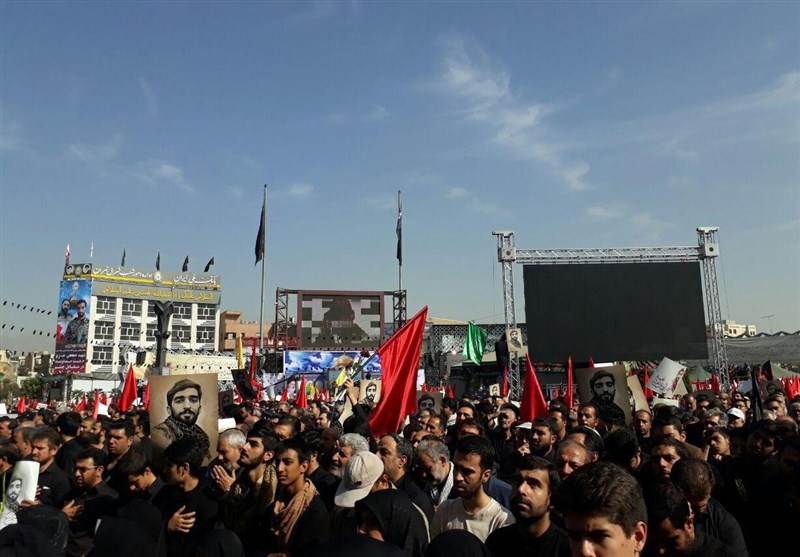 Earlier, the funeral of Martyr Hojaji had been slated to be held in Tehran on September 2 but the event was postponed to a later date.

The Lebanese Hezbollah Resistance Movement on August 31 received the body of Martyr Hojaji from Daesh based on a ceasefire deal between the two sides.

The transfer of Lebanon’s captured soldiers and two martyrs, as well as the body of Martyr Hojaji, took place after the buses carrying Daesh militants and their families arrived in the ancient city of Palmyra in Homs Province, according to media reports.

Hojaji, a holy shrine defender, was taken hostage by the Daesh Takfiri group near the Iraqi border on August 7 and was beheaded two days later.

The shrine of Sayyida Zeinab, a sister of Imam Hossein (AS), the third Shiite Imam, is located in Damascus, Syria. Iranian military advisers have played a decisive role in the protection of the holy shrine against terrorist attacks.