TEHRAN, September 27 - Some tourists are having second thoughts about visiting the tropical Indonesian resort island of Bali after repeated warnings that its highest volcano could erupt at any time, half a century after it killed more than 1,000 people. 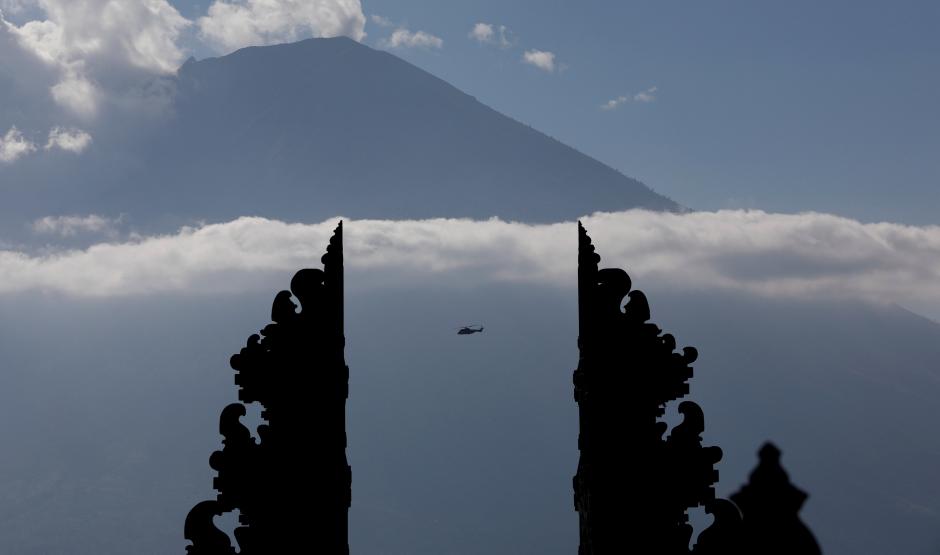 TEHRAN, Young Journalists Club (YJC) -Some tourists are having second thoughts about visiting the tropical Indonesian resort island of Bali after repeated warnings that its highest volcano could erupt at any time, half a century after it killed more than 1,000 people.

Sitting on the so-called Pacific Ring of Fire, Indonesia has nearly 130 active volcanoes, more than any other country. Many Indonesians live near volcanoes because lava flows make the surrounding soil and land fertile for farming.

Several countries, including Australia, Singapore, and the United States, have issued travel advisories alerting holidaymakers to the new risk. And a hotel operator in Bali said news of the volcano had caused cancellations.

“Business is getting low since Mount Agung’s alert status was raised to the highest level,” said Ketut Purnawata, manager of Dasawana Resort, which is in the same district as the volcano, popular with tourists and hikers.

Nearly five million people visited Bali last year - most of them from Australia, China and Japan.

Airlines in Australia and Singapore said they were preparing for any disruptions due to an eruption, but flights were running normally for now.

Virgin Australia and Jetstar, both of which fly to Bali from Australia, said they would carry extra fuel in case they needed to change course.

Jetstar and Singapore-based budget carrier Scoot said they had been contacted by a small number of customers looking to change their travel dates. “Less than 100 customers chose to rebook to a later date,” a Scoot spokeswoman said.

Singapore Airlines and its short-haul arm SilkAir said customers traveling to Bali until Oct. 2 could rebook or request a refund, while AirAsia said flights were operating normally.

A helicopter, one of three carrying officials including President Joko Widodo, is seen flying near Mount Agung, a volcano on the highest alert level, from Penataran Agung Lempuyang temple in Karangasem Regency on the resort island of Bali, Indonesia September 26, 2017. REUTERS/Darren Whiteside

One Indonesian travel agency said it had seen some cancellations.

“There will definitely be an impact on (sales of) tour packages but we don’t know the figures yet,” said Agustinus Pake Seko of PT Bayu Buana travel agency.

President Joko Widodo visited shelters near Mount Agung on Tuesday and urged residents to follow evacuation procedures after reports that some people were reluctant to leave their homes because nothing had happened.

“While the government will continue to try to minimize the economic losses of the community, the most important priority is the safety of the people here,” Widodo told reporters.

“So I ask all people around Mount Agung to follow instructions from the officials and minimize the impact of this volcano.”

Life was going along largely as normal on the island famous for its beaches, temples and gentle Hindu culture.

“I think it could happen but...maybe we’d have to stay here a couple more days, so nothing to worry about,” he said sitting at a cafe next to the trademark white surfing beach of Nusa Dua.

The last time Mount Agung erupted was in 1963, before tourism took off, when streams of lava traveled as far as 7 km along its slopes, killing more than 1,000 villagers.

More recent ash clouds from volcanic eruptions have also disrupted tourism in Bali and other parts of Indonesia.

Hundreds of domestic and international flights were disrupted in 2016 when a volcano erupted on Bali’s neighboring Lombok island, sending columns of ash and debris into the air.