TEHRAN, September 27 -Russia says it plans to set up a new investment platform with Saudi Arabia to fund joint industrial projects particularly in the area of energy. 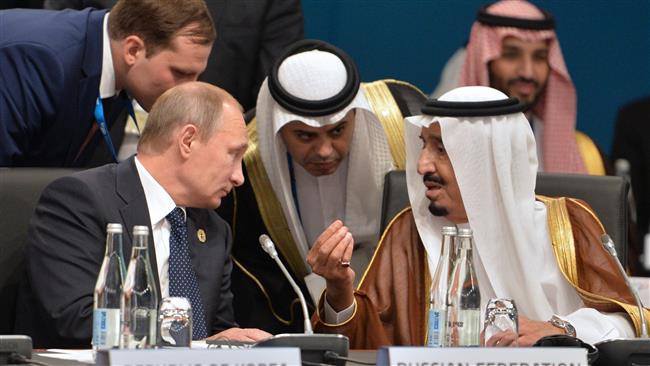 TEHRAN, Young Journalists Club (YJC) - Kirill Dmitriev, the CEO of the Russian Direct Investment Fund (RDIF), was quoted by media as saying that the establishment of the platform would be announced during an upcoming visit to Moscow by Saudi King Salman bin Abdulaziz Al Saud.

"Within the framework of the visit of the King of Saudi Arabia to Russia, the RDIF with Saudi partners will announce the creation of new investment platform in the energy sectors, as well as investments in the industrial and infrastructure sectors," Dmitriev told reporters.

He also added that negotiations to the same effect were already in the final stages between the RDIF and the related Saudi partners, Sputnik news agency reported.

He also added that RDIF was in the final stage of negotiations with Saudi partners on major Russian projects in Saudi Arabia.

The official further emphasized that the imitative could help “boost the opportunities for cooperation between our countries in a wide range of areas".

"Significant results have been achieved in the area of investment cooperation in the framework of a joint $ 10 billion platform created by sovereign funds of RDIF and Saudi Arabia's Public Investment Fund (PIF).  Saudi investors have already implemented a number of projects in Russia with high profitability in such sectors as petrochemicals, infrastructure, logistics, hydropower and others," Dmitriev added.

Sputink further quoted Russian Deputy Foreign Minister Mikhail Bogdanov as confirming that the visit of King Salman Al Saud would take place in early October. In September, a source told Sputnik that the visit was set for October 4-7.