Britain warns Boeing it might lose business over Bombardier row

TEHRAN, September 27 -Britain told U.S. planemaker Boeing on Wednesday that it could lose out on British defence contracts because of its dispute with Canadian rival Bombardier which has put 4,200 jobs at risk in Northern Ireland. 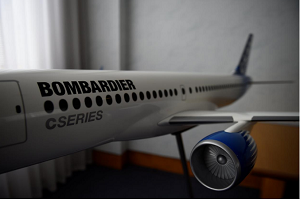 TEHRAN, Young Journalists Club (YJC) -The U.S. Department of Commerce on Tuesday imposed a 220-percent duty on Bombardier’s (BBDb.TO) CSeries jets, whose wings are made at a plant in Belfast, following a complaint by Boeing (BA.N) which accuses Canada of unfairly subsidizing Bombardier.

The ruling is a political headache for Britain’s minority Conservative government, which relies on support from a Northern Irish party to stay in power.

It also undermines the government’s assurances to Britons that free trade and London’s close ties with Washington will be pillars of Britain’s prosperity and global influence after it leaves the European Union in 2019.

“This is not the behavior we expect from Boeing and it could indeed jeopardize our future relationship with them,” British Defence Secretary Michael Fallon told reporters in Belfast.

“Boeing has significant defence contracts with us and still expects to win further contracts. Boeing wants and we want a long-term partnership but that has to be two-way.”

Boeing says it employs 2,200 people in the United Kingdom, which is one of the company’s biggest defence clients.

“The government will continue to work with the company to protect vital jobs for Northern Ireland,” she said on Twitter