Turkey agrees to ‘only deal with Baghdad’ over oil exports 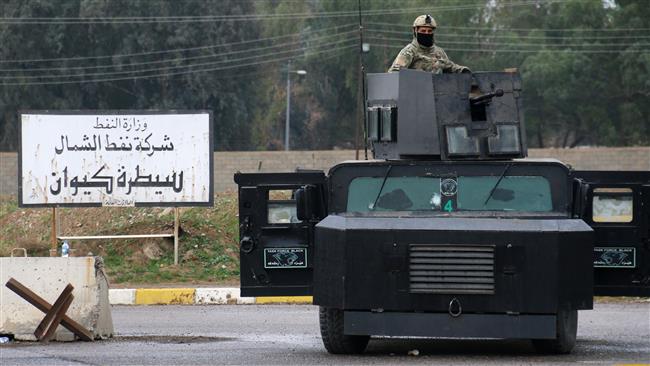 Yildirim “confirmed the support of his country on all decisions” taken by the Iraqi government, said statement.

As part of the measures, Turkey would restrict oil export operations to the Baghdad government, it added.

The Turkish PM also emphasized Ankara’s “commitment to cooperate and coordinate fully with the Iraqi government to implement all necessary steps for imposing of federal authorities at land and air ports,” according to the statement.

Ankara has long been buying oil from the Kurdistan Regional Government (KRG) in defiance of Baghdad’s stiff opposition.

Oil exports serve as the KRG’s main source of income. The Kurdistan region exports an estimated 650,000 barrels of oil per day through Turkey’s Ceyhan pipeline.

Turkey is furious at the Monday referendum, which saw over 90 percent of the voters say ‘Yes’ to secession from Iraq, according to regional Kurdish officials.

The unconstitutional referendum, which went ahead despite Baghdad’s objections, has sparked angry reactions from the international community and Iraq’s neighbors, particularly Turkey.

The regime in Israel was the only voice supporting the plebiscite.

In a strong-worded speech on Wednesday, Turkish President Recep Tayyip Erdogan also said Ankara will seal its border with the Kurdistan region and threatened the Kurdish leaders with blocking their key oil exports to other buyers.

Turkey, which is home to the largest Kurdish population in the region, fears that the Kurdistan plebiscite would embolden the outlawed Kurdistan Workers’ Party (PKK) in its push for autonomy in southeastern areas at home.

In the aftermath of the vote, pressure has been building on officials in Erbil, Kurdistan’s regional capital, over the referendum, with regional carriers, including Turkish Airlines, EgyptAir and Lebanon’s Middle East Airlines submitting to Baghdad’s request to suspend their flights serving Iraqi Kurdistan.

Qatar Airways also said Thursday that it is cancelling flights to Iraqi Kurdistan from September 29 to Oct 1 at the request of Iraq’s Civil Aviation Authority.

Meanwhile, Erbil airport director Talar Faiq Salih told AFP that “all international flights without exception to and from Erbil will stop from 6:00 p.m. (1500 GMT) on Friday following a decision” by the Abadi cabinet.

A large number of foreigners working in Erbil were leaving the city on Thursday for fear of being stranded with only a visa issued by the Kurdish authorities and not recognised by Baghdad.